"The entire team of Saaho took off some time from the shoot and relished mouth-watering food," a source told IANS 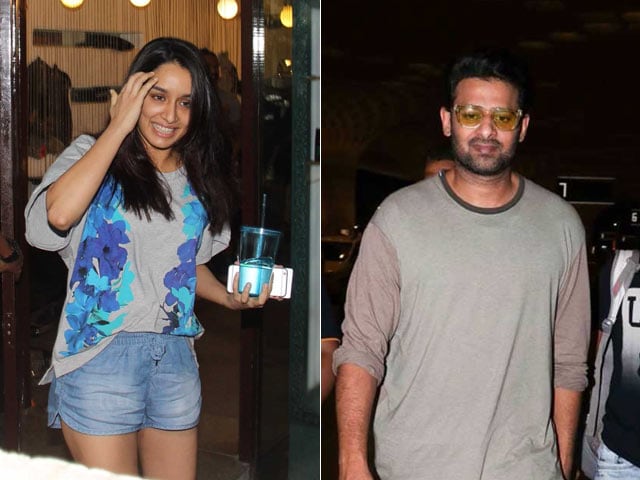 Shraddha Kapoor and Prabhas will feature in Saaho.

New Delhi: Actress Shraddha Kapoor, who is all set for her upcoming Haseena Parkar, recently started filming her next Saaho along with the Baahubali actor Prabhas in Hyderabad. A fan club on Instagram posted some pictures from the sets of Saaho along with a picture, in which all the famous Hyderabadi dishes can be seen. Prabhas decided to treat Shraddha to lip-smacking Hyderabadi delicacies on one of the days. "The entire team took off some time from the shoot and relished mouth-watering food. There were nearly 17-18 food items served and Shraddha couldn't stop herself, but enjoyed the most amazing food," a source told news agency IANS.

Take a look at Shraddha and Prabha's sumptuous meal:

@shraddhakapoor & (Makeup artist of Shraddha) @shraddha.naik 's IG Stories - Darling is such a sweetheart Btw the food is so tempting

Earlier, Shraddha had shared her excitement about being a part of Saaho on Twitter and had written: "So so excited to be a part of the Saaho team and to be working with Prabhas!!! Woohoo."

Here are some other pictures from the sets of Saaho.

Shraddha Kapoor's IG Story . Day 1 for Shraddha Kapoor All the best !! @shraddhakapoor , Prabhas and team #Saaho - | Not Confirmed | There is buzz that Prabhas's character name is Arjun and Shraddha's is Riya

Saaho is Prabhas' first film in Hindi language while it is Shraddha's first in Telugu. The film is a hi-tech action, as seen in the trailer. Prabhas and Shraddha's Saaho also stars Neil Nitin Mukesh and Mandira Bedi as antagonists. The Sujeeth-directed film also stars Jackie Shroff and Chunky Pandey in pivotal roles.

Promoted
Listen to the latest songs, only on JioSaavn.com
If you haven't watched Saaho's trailer yet, here it is:


Prabhas is popularly known for his role in the Baahubali series, which rocketed its way to Rs 1500 crores in no time and is still counting while Shraddha's Haseena Parkar is a biopic on the life of Dawood Ibrahim's sister, which will hit the screens on September 22.