Prabhas Reacts To Rumours About House-Hunting With Anushka Shetty

"If people don't want to believe us, I can't help it," said Prabhas 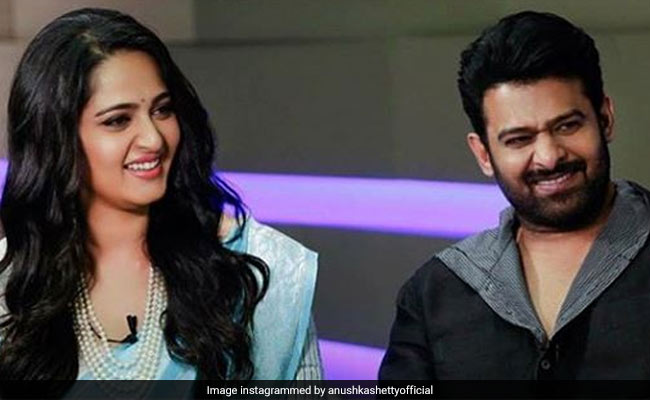 South star Prabhas dismissed rumours about house-hunting in Los Angeles with Baahubali co-star Anushka Shetty and told Times Of India that if people don't want to believe him, "he can't help it." In an interview with the publication, the actor said that he knows Anushka Shetty for a long time and that there's nothing going on between them. The house-hunting rumours surfaced on the Internet after several publications such as Mumbai Mirror, Zee News and Pinkvilla stated in their reports that the stars are looking for a property in the sunny locales of Los Angeles. Denying the reports, Prabhas told TOI: "If there was something between Anushka and me, you would have spotted us somewhere in these two years. But we haven't been seen anywhere, so obviously, it is a rumour, no? We can't hide in the room for two years. We are actors and people will recognise us when we step out. So, it's just a rumour. If people don't want to believe us, I can't help it."

The actor added: "I don't know how these things come up. I think people want me to have some kind of an affair or at least tell them that this is the girl I like. Otherwise, they are going to link me up with someone."

Prabhas and Anushka have earlier also denied speculation about their rumoured relationship. In an interview with Navbharat Times, Prabhas said that he knows Anushak Shetty for over a decade and they are just "good friends." He added: "Anushka and I had decided that we'll never let dating rumours about us do the rounds."

Other than the Baahubali franchise, Prabhas and Anushka Shetty have worked together in films such as Mirchi and Billa.

On the work front, Prabhas awaits the release of his upcoming film Saaho, which also features Shraddha Kapoor. The film will open in theatres on August 30.