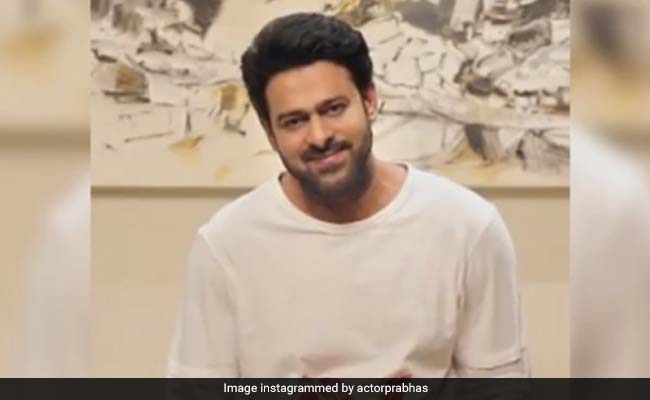 Baahubali star Prabhas on Monday 'adopted' 1,650 acres of Khazipally Reserve Forest near Hyderabad and handed over a cheque for Rs two crore to the officials concerned for its development, reported news agency PTI. Prabhas, along with Environment Minister Allola Indra Karan Reddy and Telangana Rashtra Samithi (TRS) Rajya Sabha MP Joginipally Santosh Kumar, laid the foundation stone for an Urban Forest Park at the reserve forest, an official release said. They observed the reserve forest from a temporary watch tower and also planted a few saplings in the region. Khazipally reserve forest is known for having quite a number of medicinal plants.

The forest department, the release said, planned to convert a small portion of KRF into the Park and the rest of the area to be a conservation zone. In the first phase, the entire 1,650 acres would be fenced, following which construction of a park gate, see-through wall, walking track, view point, and medicinal plant centre would be constructed.

Prabhas decided to adopt the Khazipally reserve forest for development in memory of his father, the late U V S Raju, the release said. The actor said he would donate more amounts in installments, depending on the progress of the work.

He requested the Forest department to develop the reserve forest so that it would create additional lung space in the Hyderabad Metropolitan Development Authority (HMDA) limits and develop an Eco-park. Santosh Kumar said many industrialists would soon come forward to adopt Reserve forest blocks and he would announce the details shortly.