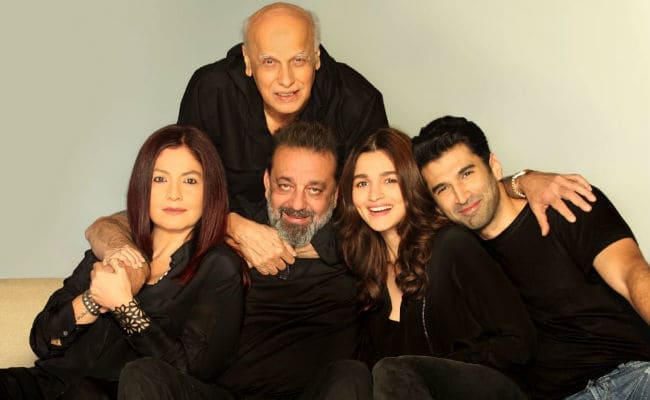 The cast of Sadak 2 with Mahesh Bhatt.

Sadak 2, starring Alia Bhatt and Aditya Roy Kapur, will be filmed in Mumbai instead of Romania, Pooja Bhatt tweeted on Friday. Pooja Bhatt, who also stars in Sadak 2, posted pictures from Romania where she was scouting for locations of shooting. However, she later posted: "Romania is a stunningly beautiful country. We were very 'happy' with the locations but logistics and emotional IQ of local crew are key factors in determining a location for a film. Eventually no one is bigger than a film and the film demanded we shoot only in India." Sadak 2 is a sequel to 1991 film Sadak, which was made by Mahesh Bhatt, who returns to the director's chair for the sequel.

Apart from Alia Bhatt, Pooja Bhatt and Aditya Roy Kapur, Sadak 2 also features Sanjay Dutt, who was the protagonist of the original film. Sadak 2 is Alia's first film with her father Mahesh Bhatt and her family production banner. Mahesh Bhatt, whose last film Kartoos released in 1999, is returning to the director's chair after a span of close to 20 years.

Sadak was about a taxi driver Ravi (Sanjay Dutt), who falls in love with Pooja (Pooja Bhatt), a sex worker. Ravi fights against all odds to be with Pooja. The first installment also featured Soni Razdan, Neelima Azeem and Deepak Tijori.

As of now, Alia Bhatt is filming Brahmastra and later this year she'll start filming Takht. Alia Bhatt has also signed up for Sanjay Leela Bhansali's Inshallah opposite Salman Khan.