Why Alia Bhatt Was 'Shocked' To See Mahesh Bhatt's Sadak 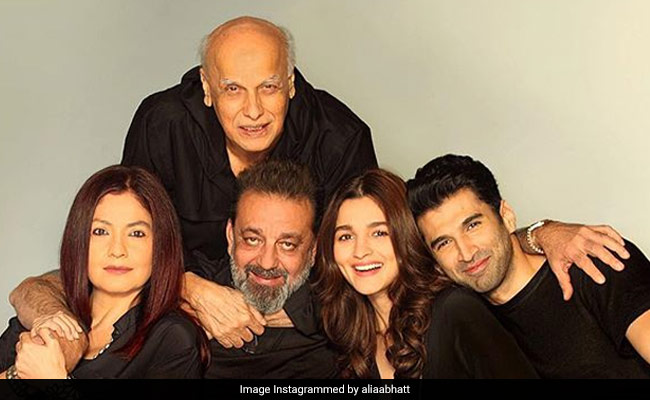 Alia Bhatt is collaborating with her filmmaker father Mahesh Bhatt for the first time for the sequel of Sadak. Mahesh Bhatt-directed film, which released over 25 years ago, featured Pooja Bhatt, Sanjay Dutt, Soni Razdan and Neelima Azeem. Alia, who recalls having watched the film as a child told news agency IANS that she was "shocked" to see her father throwing her mother (Soni Razdan) out of the window in one of the scenes. "I was very young when I watched it. At that time, I was shocked to see my mother getting thrown out of a window in one of the scenes," IANS quoted the actress as saying.

A young Alia Bhatt, who was watching the film, could not "grasp" what she witnessed. She kept on questioning her father as to why did she throw her mother out of the window. "I had paused that scene, and asked daddy how could he do that -- throwing my mother out of the window. For I don't think I had the sense to grasp the fact that it was just a movie - she was not really thrown out," Alia added.

On Mahesh Bhatt's 70th birthday, his daughters - Alia Bhatt and Pooja Bhatt - posted heartfelt messages on Instagram and also announced the ambitious project Sadak 2 to fans. Besides Alia Bhatt, the film also stars Pooja Bhatt and Sanjay Dutt - the lead actors of the original film - and Aditya Roy Kapur. Mahesh Bhatt, who had last directed Kartoos in 1999, will be returning to the director's chair after a span of close to 20 years.

Sadak, which released in 1991, was about a taxi driver Ravi (Sanjay Dutt), who falls in love with Pooja (Pooja Bhatt), a sex worker. Ravi fights against all odds to be with Pooja.

It's been a good year for Alia Bhatt so far, who has featured in Meghna Gulzar's superhit film Raazi earlier this year. Alia is simultaneously shooting for Ayan Mukerji's Brahmastra and Karan Johar produced Kalank. The actress also has Takht in the line-up.