"Instagram seems to have become a place where people anonymously and otherwise use their access to hurl abuse," wrote Pooja Bhatt 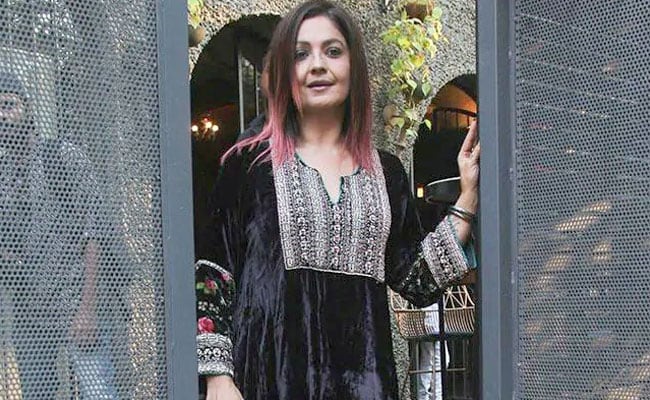 Actress-producer Pooja Bhatt recently made her Instagram account private and for those who were already following here spotted a lengthy note on her account, revealing the many reasons behind her decision. Pooja Bhatt revealed that she took the step to cut out all the negativity on the platform. In her post, she said she received rape threats with haters telling her to "go die." Pooja Bhatt wrote that while she was advised to turn off comments, she didn't want to do that as that would cut off all the love and positive responses she would get. Here's how Pooja Bhatt began her post: "This has to be said. Instagram seems to have become a place where people anonymously and otherwise use their access to hurl abuse, threaten rape and goad you to 'go die'. I used to ignore this sort of talk as I always believed that only people who are in pain themselves want to hurt another and also that if you accept love, you must accept criticism too. But is someone wishing you and your family death, constructive criticism or just an attempt at vile cyber bullying?"

In her post, Pooja Bhatt added for those wishing to follow her must make a request and "cut out the abuse": "I have been advised to turn off all comments but by doing that you block out all the positive, well meaning, constructive feedback as well. Why should I push back the people who give me good vibes for the ones that only spew venom towards people in general? But what I have done now is make my account private. You want access to my world? Make a request. You want to converse with me, cut out the abuse."

Addressing the haters, Pooja Bhatt wrote: "As for wishing me death, the same God and Universe that watches over you, watches over me as well. I will pass when life decides for me. And as long as life keeps me breathing I will live to the optimum and revel in the now. We seem to have become a pathetic lot.... spewing abuse, inciting violence, following agendas of manufactured hate like sheep. We are still in the middle of a pandemic. People are dying in huge numbers every day... due to COVID, hunger, depression and unemployment. But those lives lost don't seem to concern the haters. Their hate is what consumes them instead. But yet, I wish them well. May they heal. May they hurt less. May they reclaim the humanity they were born with yet choose to toss aside. May they live... Healthy, long lives.

For those who shower her with a constant dose of positivity on social media, Pooja Bhatt added: "As for the ones who take time out to fill my life with positivity no matter what, I send you lots of love and offer my deepest gratitude. Life is short. And the ones who choose kindness form the glue that keeps this fractured world from falling apart. Thank you. Love you all! Yes the bots too!" Pooja Bhatt accompanied her lengthy note with a poster featuring a quote attributed to author Steve Maraboli: "I don't have time, energy, or interest in hating the haters; I'm too busy loving the lovers."

Pooja Bhatt is filmmaker Mahesh Bhatt's daughter - Alia Bhatt and Shaheen Bhatt are her sisters. Last month, Shaheen recently shared screenshots of hate messages she received on Instagram, saying: "I will not protect your identity." Producer Rhea Kapoor also revealed she receives vile messages on Instagram recently. Actress Sonakshi Sinha deactivated her Twitter account in the recent past to cut out all the negativity. She is now busy with online campaigns to counter trolling and cyber bullying.