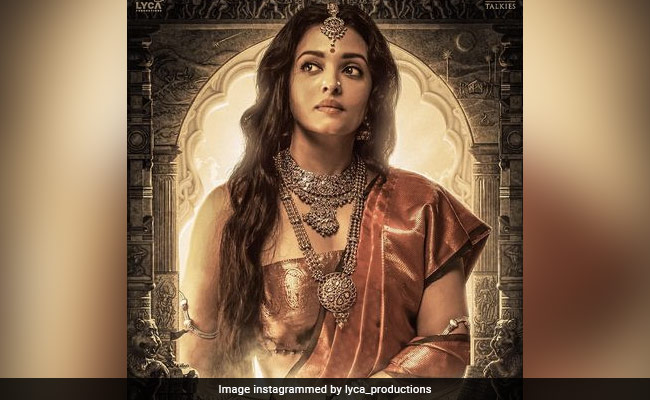 The makers of Ponniyin Selvan shared a new poster from the film, featuring Aishwarya Rai Bachchan and stunning can't even begin to describe it. Lyca Productions shared a poster of a bejewelled Aishwarya Rai Bachchan, stunning in a red ensemble. The caption on the post read: "Vengeance has a beautiful face! Meet Nandini, the Queen of Pazhuvoor. PS1 releasing in theatres on 30th September in Tamil, Hindi, Telugu, Malayalam and Kannada." The period drama is based on Kalki Krishnamurthy's popular historical novel Ponniyin Selvan (The Son Of Ponni) and it is being directed by Mani Ratnam.

The film boasts of an impressive star cast that includes Vikram, Karthi, Trisha Krishnan, Prakash Raj, Jayaram, Jayam Ravi and Aishwarya Lekshmi among others. The film is being produced by Lyca Productions

Vijay Sethupathi May Face Off Against Shah Rukh Khan In Jawan: Report