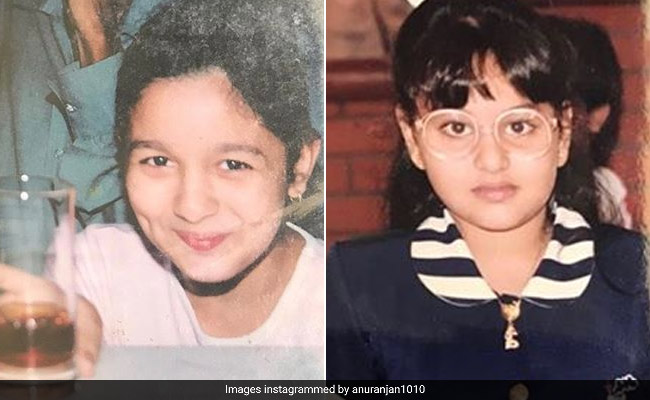 Our Thursday just couldn't get any better as we just chanced upon a million-dollar throwback picture that features some of Bollywood's famous celebrities. From Alia Bhatt and her sister Shaheen, to Sonakshi Sinha and designer Masaba Gupta, the picture features popular Bollywood faces in a single frame. The throwback photo, that is trending on social media, was shared by film producer Anu Ranjan on her Instagram profile on Thursday and it also features her daughters Anushka Ranjan and Akanksha Ranjan Kapoor. Little Alia with her million dollar smile is something that cannot be missed in this picture. We also spotted actor Ranjeet's daughter Divyanka Bedi and son Chiranjeev in the throwback photo. Sharing the post, Anu Ranjan, who did not mention when the picture was actually taken, wrote: "Priceless... Smiles, hugs, holding hands."

For those who don't know, actress Neena Gupta's fashion designer daughter Masaba Gupta is a childhood friend of Alia and Shaheen. Alia also shares a great friendship with Akanksha.

These are the most adorable ones ,without realising

Sonakshi Sinha, on the other hand, awaits the release of her film Khandaani Shafakhana, which will open in theatres on August 2 this year. She will also be seen in Dabangg 3.