While the former beauty queen from Hyderabad looked stunning in a green and blue Ritu Kumar sharara paired with a long gold jacket, Sahil looked dapper in a Raghavendra Rathore cream achkan. A smiling Sahil escorted Dia as she stepped out from the car. 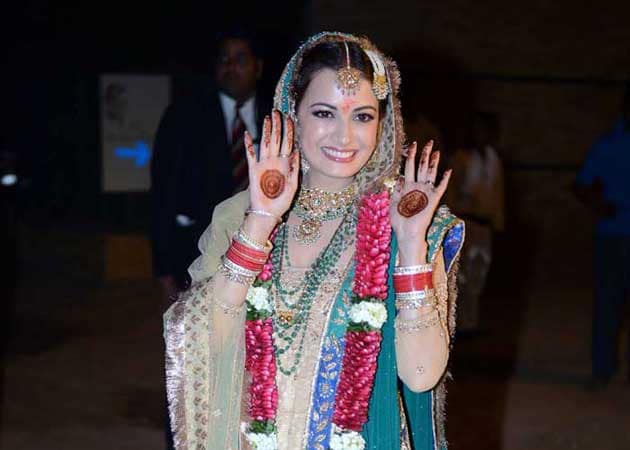 The couple is likely to host a grand reception ceremony in Mumbai for their friends in the film fraternity.

With my happiness :) thank you to all those who have conveyed such warm messages here. Sahil and I are grateful. pic.twitter.com/yYadPjIv3N

The actress looked resplendent on her sangeet ceremony in a a blue and gold Anita Dongre lehenga. 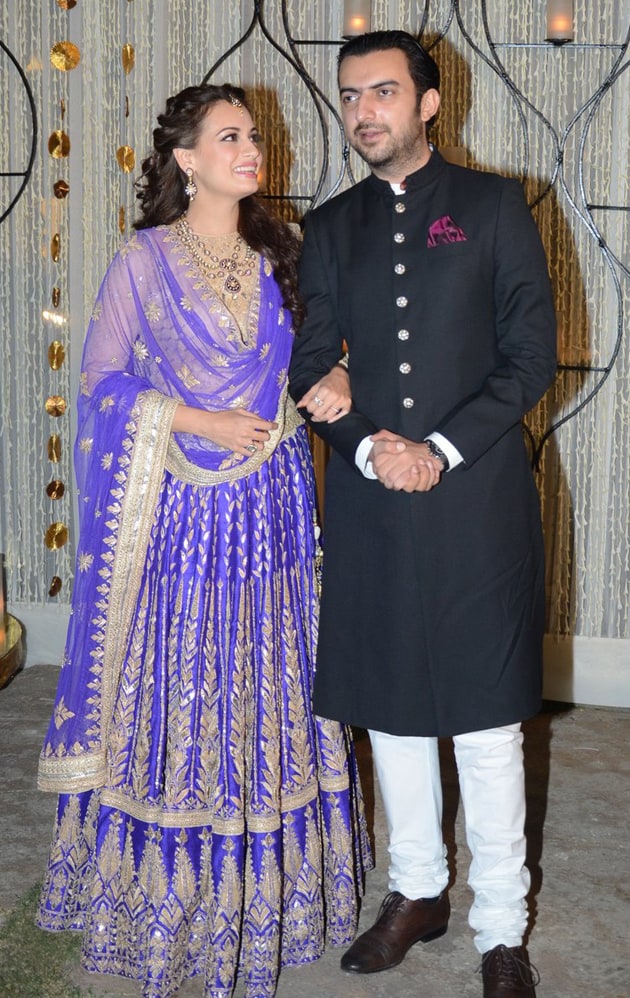 Promoted
Listen to the latest songs, only on JioSaavn.com
Sahil proposed Dia in New York in April this year, after dating her for five years.