Pics From Sara Ali Khan's Jaipur Diaries Are Everything Nice 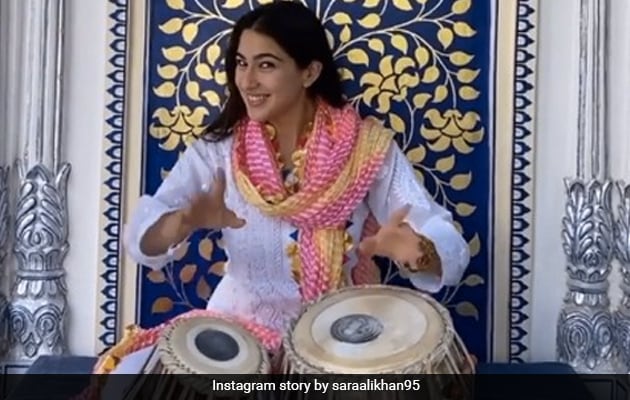 Sara Ali Khan is having a whole lot of fun in Jaipur currently. The actress, who previously shared pictures of herself and her mother, actress Amrita Singh, visiting Ajmer Sharif Dargah in Rajasthan, has now shared photos from her trip to Jaipur. In the pictures, the actress looks pretty in a white kurta-salwar, which she paired with a multicoloured dupatta. From playing tabla to taking a tour of a palace, Sara is busy making memories in Jaipur. We can also see celebrated designer Manish Malhotra posing with Sara Ali Khan and her friends in one of the photos, sharing which she wrote: "New day, new week, new month." 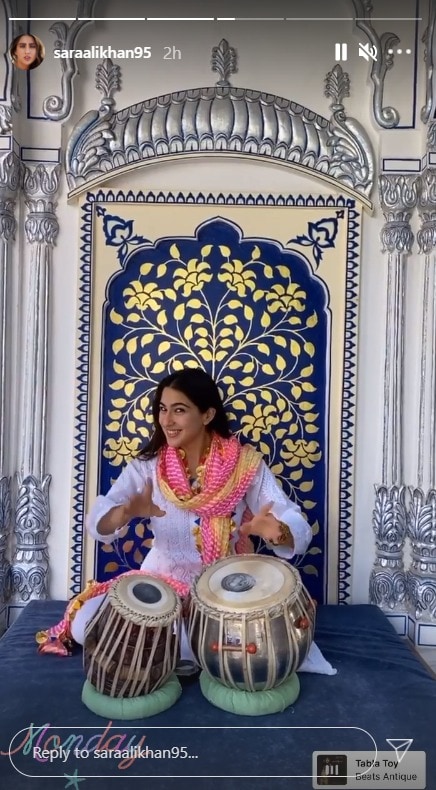 For Sara Ali Khan, "good food is a good mood." Take a look: 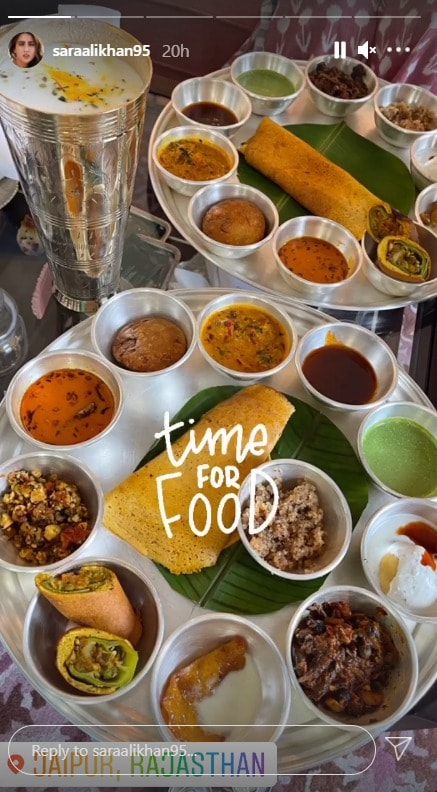 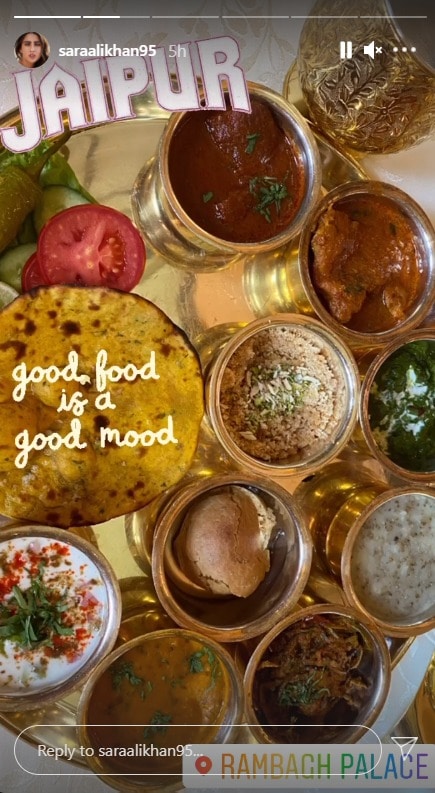 On Friday, Sara Ali Khan shared three photos of herself and Amrita Singh twinning in green outfits at the Ajmer Sharif Dargah. See her post here:

Sara Ali Khan was last seen in Coolie No 1, in which she co-starred with Varun Dhawan. The film failed to impress critics, as well as cine-lovers. In his review for NDTV, film critic Saibal Chatterjee gave Coolie No 1 one star out of five and wrote: "It definitely has more colour and slickness, but all its gloss is strictly superficial. The new version is flashier and louder. The hope clearly is to paper over - and drown out - the sheer pointlessness of the exercise. But no matter what the director and his son, lead actor Varun Dhawan, try, this coolie is anything but numero uno. The 2020 Coolie No 1, released on Amazon Prime Video, is no patch on the 1995 Coolie No 1."