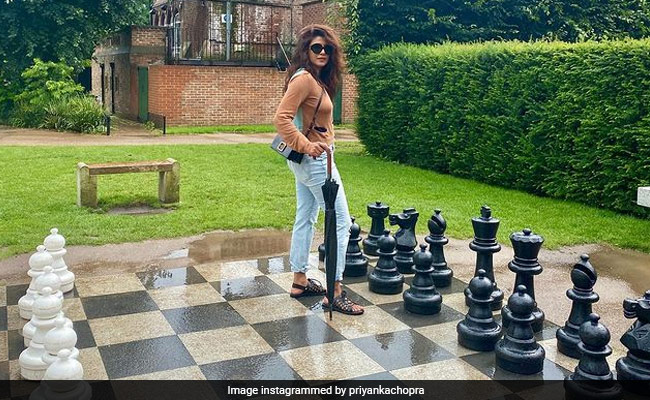 Actress Priyanka Chopra, who has been in London for some time now, on Tuesday, gave us a glimpse of how she spent summer in the city. For those who don't know, Priyanka has been in London for the shoot of Russo Brothers' upcoming series Citadel. The 39-year-old actress dropped a bunch of pictures giving us a glimpse of how she spent her summer. The pictures feature her having a blast with her cousin Divya Jyoti and friend Cavanaugh James. The "photo dump" also features a picture each of Priyanka Chopra chilling with her dogs Gino, Panda and Diana. The last picture of the series features Priyanka enjoying a boat ride all by herself. "Photo dump #londonsummer #inbetweenshots #lastfewdays #3prettybestfriends #puppylove," Priyanka wrote in the caption of her post.

Take a look at the aforementioned pictures here:

Priyanka recently turned 39 and spent her birthday in London. Earlier this month, she compiled all the pictures from her birthday bash and shared them on Instagram. Going by the pictures, we can say that the actress celebrated her birthday with a pool party. The first picture of the series features her in a red monokini as she poses against the backdrop of a swimming pool. "Photo Dump. Thank you to everyone who sent me so much love and affection this birthday. So many wonderful texts calls stories tweets. This was a quiet birthday but the lesson I have learnt as I step into the next year is everyday is a joy," she wrote in the caption.

In terms of work, Priyanka was last seen in the Netflix film The White Tiger. Besides Citadel, she will also be seen in Text For You and Matrix 4.