"Get in the middle; I dare you!" wrote Mouni Roy 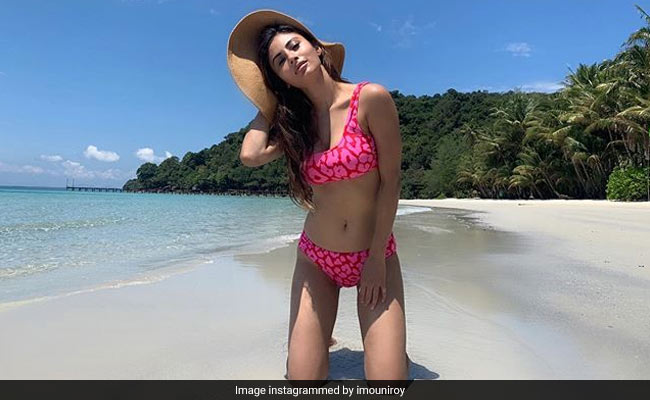 Actress Mouni Roy is making the most of her birthday vacation in Thailand and she sure knows how to give us vacation goals. The 34-year-old actress has been filling up her Instagram page with photos from Soneva Kiri and making us green with envy. The Gold actress, who turned 34 on September 28, is currently holidaying in Thailand. Sharing a couple of photos, in which she can be seen soaking in the sun in a pink bikini set, Mouni has sent the Internet into a tizzy. "Get in the middle; I dare you!" she captioned her first post. Check it out:

Get in the middle ; I dare you ! #GoFishyGoGoGo #lifeline @discoversoneva

In her second post, she looks amazing at the North Beach in Soneva Kiri. "Wonderlanding," she wrote.

Sharing another picture from the vacation, Mouni Roy captioned it: "A warm cup of paradise."

Cathartic tears of joy reading all your birthday wishes & msgs. Donot know how to say how grateful I am. Thank you #OfSonnetsSandSunriseNSunsets ... @discoversoneva

Mouni Roy became a household name for her breakthrough role in television show Naagin. She made a debut in Bollywood with Akshay Kumar's Gold. She has also featured in John Abraham's Romeo Akbar Walter. At present, Mouni Roy awaits the release of her upcoming film Made In China, which also stars Rajkummar Rao, Paresh Rawal, Boman Irani, Gajraj Rao and Sumeet Vyas. She is also prepping for Ayan Mukerji's Brahmastra, in which she will co-star Ranbir Kapoor and Alia Bhatt.