On Ganesh Chaturthi, Ekta Kapoor Invited Mouni Roy, Anita Hassanandani And Others Over To Celebrate 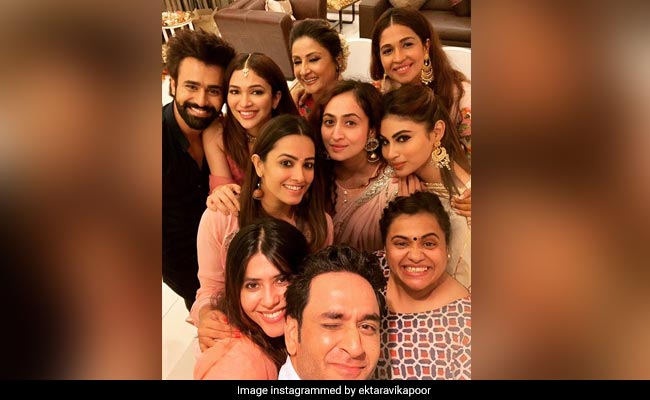 Television czarina Ekta Kapoor hosted a grand Ganesh Chaturthi celebration at her home in Mumbai, for which she invited all her friends from the television industry. Mouni Roy, Anita Hassanandani, Urvashi Dholakia, Pearl V Puri and Vikas Gupta were among the attendees. Ekta Kapoor shared glimpses from the celebration on her Instagram story and she also shared a group picture, featuring all the happy faces from the festivities. Ekta's guest list also included Ridhima Pandit, Harleen Sethi, Ruchikaa Kapoor and Tanusri Dasgupta. Bahu Hamari Rajni Kant actress Ridhima Pandit wrote a compliment for Ekta in the comments thread, "The best host... 'Ganpati Bappa Moreya'."

Actor Ronit Roy, who apparently missed the party, said, "Wow! So nice to see a bunch of joyous people."

Ekta Kapoor, who is producing Ayushmann Khurrana's upcoming film Dream Girl, also gathered the ladies in the house for a promotional post for the film - they all chanted a viral dialogue from the film in chorus. Ekta wrote, "All the 'DreamGirls' in the houseeee!! Tera ko main Teriiii.. Sachii? Smoochiee!! #DreamGirl (sic)"

Ekta Kapoor and her family welcomed Bappa on Ganesh Chaturthi to their home. Earlier in the day, the entire family gathered before the makeshift pandal for a grand Ganesh Chaturthi aarti, which was started by Ekta's father Jeetendra. When Tusshar Kapoor performed the aarti, his son Laksshya sat on his grandfather's shoulders during the puja .

Here are pictures from the Ganesh Chaturthi celebrations at the Kapoors': 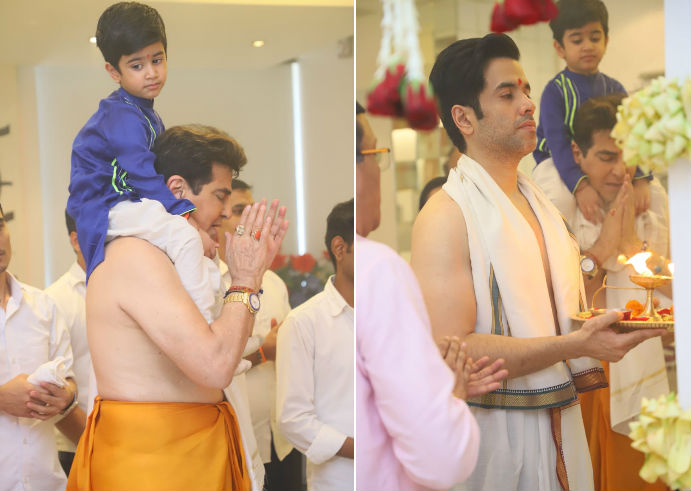 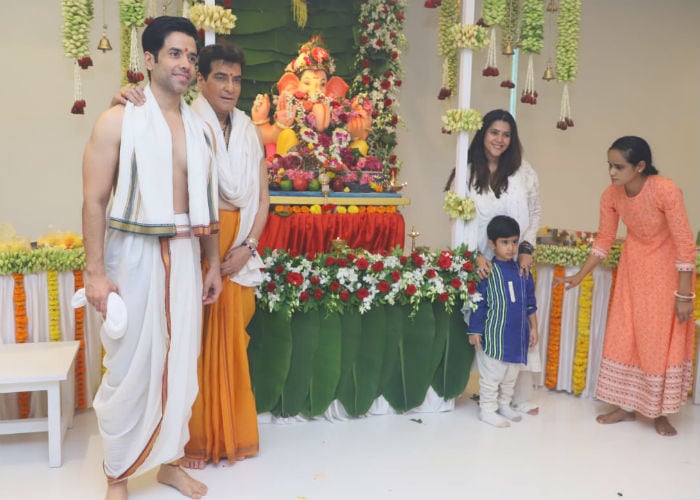 The Ganesh Utsav will be celebrated across India for 11 days ending with grand Ganpati visarjan celebrations.