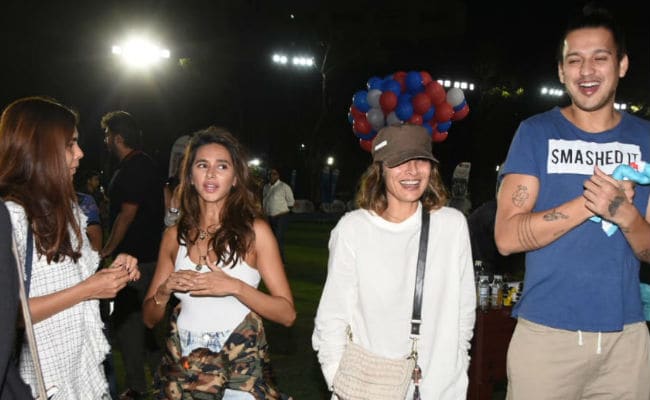 Farhan Akhtar's girlfriend Shibani Dandekar and the actor's ex-wife Adhuna Bhabani attended the Roots Premiere League in Mumbai on Saturday and a picture from their outing went viral. In the photo, Adhuna, who is a celebrity hairstylist and owner of BBlunt salon chain, can be seen chilling with a friend while Shibani was in the vicinity walking around with her friends. Farhan Akhtar and Adhuna Bhabani were married from 2000 to 2017 and they are parents to daughters Shakya and Akira. Farhan and Shibani have been dating for almost a year now while Adhuna has been dating restaurateur Nicolo (brother of actor Dino Morea) for quite some time now.

Here are pictures of Shibani Dandekar and Adhuna Bhabani from the Roots Premiere League: 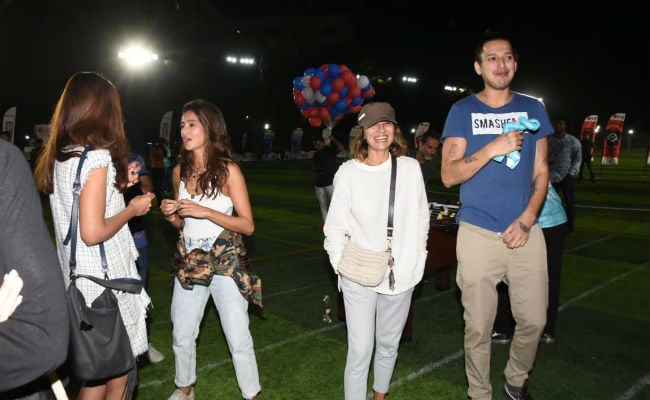 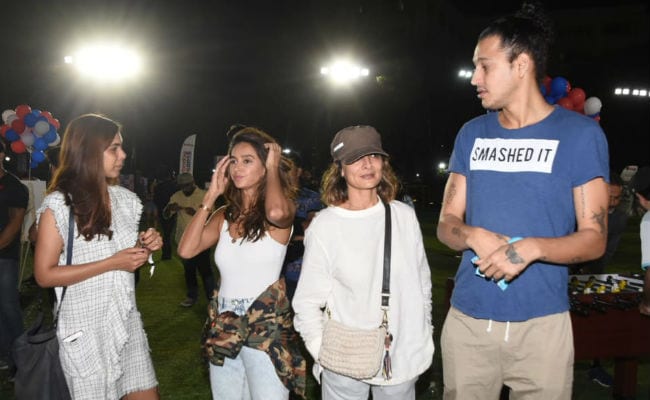 Recently, several gossip columns have been filled with reports of Farhan and Shibani's impending wedding. One of Farhan's Instagram posts (in which the actor and Shibani can be seen wearing rings) led the Internet into believing that the couple is engaged. Soon reports of an April or May wedding started doing the rounds on social media.

Last week, at a web show, Farhan said this about their rumoured wedding (when asked by Shibani on a pre-recorded tape): "I think she is having a lot of fun with a lot of news that is going around currently, about us looking for wedding planners." When actress Bhumi Pednekar, who co-starred with Farhan in the episode, pressed and asked: "Are you though?" Farhan replied, "It may be April or April be 'May'." That's elusive Farhan Akhtar, for you.

Farhan Akhtar is currently filming The Sky Is Pink, directed by Shonali Bose and co-starring Priyanka Chopra. Shibani Dandekar will be seen in the Telugu and Malayalam remakes of Bollywood film Queen.