Are Farhan Akhtar And Shibani Dandekar Engaged? The Internet Thinks So 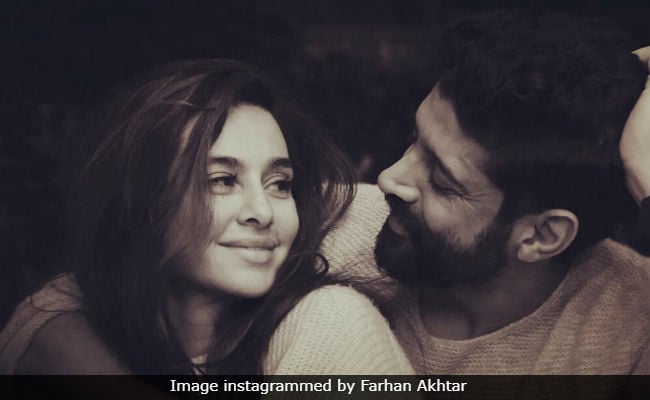 Farhan Akhtar's latest post (picture courtesy, Shibani Dandekar) instigated reports of the actor's rumoured engagement. Farhan posted a picture of himself and Shibani holding hands and wrote: "'Here's something so real about holding hands, a kind of complex simplicity, saying so much by doing so little.' - Unknown." The Internet, having spotted the rings (though not the usual diamond or promise band sorts) on Farhan and Shibani's ring fingers, jumped to the conclusion that the couple may have been engaged. "Can we consider it is official now?" wrote an excited fan in the comments thread while another fan declared: "They are engaged!"

Farhan Akhtar and Shibani Dandekar, who have been dating for almost a year now, have neither confirmed nor denied the reports of their rumoured engagement.

There's something so real about holding hands, a kind of complex simplicity, saying so much by doing so little. unknown - @shibanidandekar

And here are few comments posted by several Instagram users:

Farhan Akhtar and Shibani Dandekar frequently feature in headlines for their cosy social media posts and mushy pictures from their outings. Recently, Farhan also attended Apeksha Dandekar's wedding as Shibani's plus one.

Shibani Dandekar earlier told Hindustan Times that their social media posts speak enough about their relationship. "When I post something, it's there for the people to see... I don't think we are going out about to hide anything or announce anything. It is what it is," she had said.

Farhan Akhtar was married to celebrity hair stylist Adhuna Bhabani from 2000 to 2017. They are parents to daughters Shakya and Akira.