Pati Patni Aur Woh Trailer: The Mudassar Aziz-directed film is the remake of the 1978 film of same name. 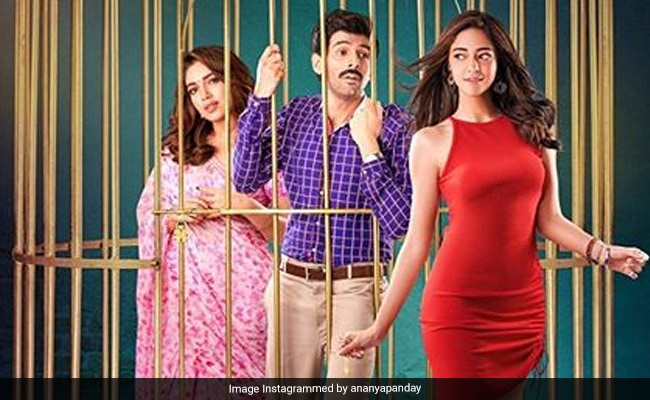 The trailer of Pati Patni Aur Woh, starring Kartik Aaryan, Bhumi Pednekar and Ananya Panday in the lead roles, dropped on the Internet on Monday. The two-and-a-half minute trailer gives a glimpse into the life of Abhinav urf Chintu Tyagi (Kartik Aaryan), who is happily married to Vedika (Bhumi Pednekar) until Tapasya Sharma (Ananya Panday) enters his life. Abhinav loves his wife but he also falls for Tapasya, who is one of his colleagues. Abhinav tries to balance his life trying to please 'the patni' and 'the woh' but his attempts are short-lived and Tapasya learns the truth about his marriage. Abhinav tries to bring the situation under control by telling her a cock and bull story about his wife's affair. On the other hand, Vedika learns about Abhinav's affair and all hell breaks loose.

Pati Patni Aur Woh is the remake of the 1978 film of same name, which featured Sanjeev Kumar, Vidya Sinha and Ranjeeta Kaur in the lead roles.

Pati Patni Aur Woh is Ananya Panday's second Bollywood feature after Student Of The Year 2, which released in May this year. Speaking about her new film, Ananya earlier told news agency IANS, "I am very excited for this film... It's really a funny movie which the audience will enjoy watching."