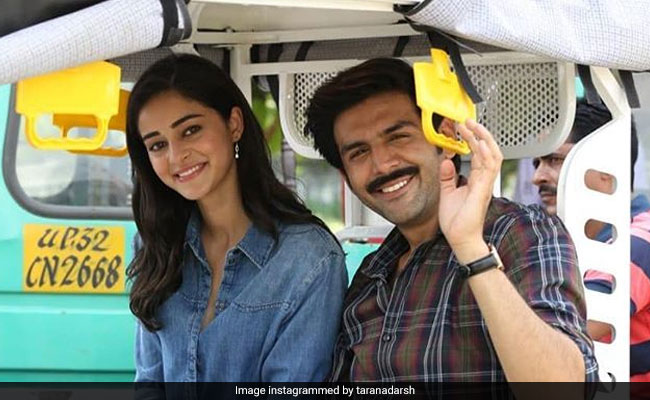 Pati Patni Aur Woh is Kartik Aaryan's highest opening film so far. Directed by Mudassar Aziz, the film is the Hindi remake of the 1978 marital comedy of the same name, which featured Sanjeev Kumar, Vidya Sinha and Ranjeeta Kaur in the lead roles. Other than Kartik, Bhumi and Ananya, Pati Patni Aur Woh also features Aparshakti Khurrana and Rajesh Sharma.

The film opened to decent reviews last week. In his review for NDTV, film critic Saibal Chatterjee gave the film 2.5 stars out of five and wrote: "The actors give the film all they have. Kartik Aryaan is quick to hit his straps, Bhumi Pednekar pulls off the sultry siren with as much ease as she does the settled-into-domesticity persona, and Ananya Panday is perfectly cast as the wide-eyed girl who sweeps the hero off his feet but holds her own ground."