Pathaan Teaser: Shah Rukh Khan Is Back "With A Bang" 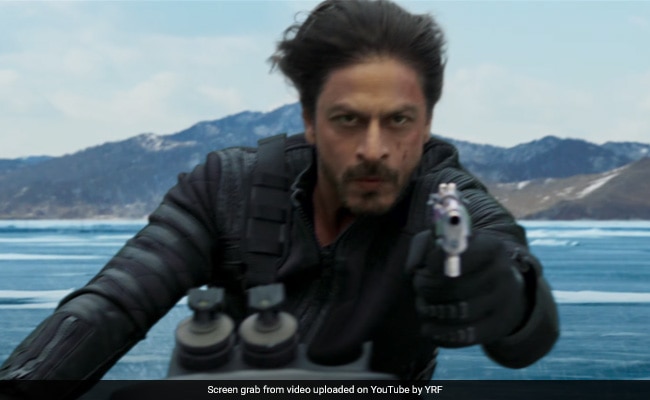 Shah Rukh Khan's birthday treat to fans came gift-wrapped in the form ofPathaan teaser, which released on Wednesday. The teaser begins with this voiceover: "What do you know about Pathaan?" After which it is revealed that there is no sign of him since 3 years and that he was caught and tortured in his last mission. Enter SRK in a blockbuster scene only to reveal that he is more than alive. In the teaser, we also get a glimpse of some high-octane action sequences performed by SRK and Deepika Padukone, a fight sequence takes place between Shah Rukh Khan and John Abraham. The teaser ends with SRK saying, "Fasten your seatbelts, there's a storm coming."

Check out the teaser of Pathaan here:

Sharing the teaser, Shah Rukh Khan wrote in his social media post: "Apni kursi ki peti baandh lijiye (Fasten your seatbelts) Pathaan teaser out now! Celebrate Pathaan with YRF50 only at a big screen near you on 25th January, 2023. Releasing in Hindi, Tamil and Telugu."

Pathaan marks SRK and Deepika Padukone's fourth project together. Deepika Padukone debuted in Bollywood opposite Shah Rukh Khan in 2007 film Om Shanti Om and then they co-starred Happy New Year and Chennai Express - all three movies did well at the box office. This is the first time that John Abraham and SRK will be seen sharing screen space.