John Abraham said: "It is the biggest case of nuclear espionage in the world, and it happened on Indian soil" 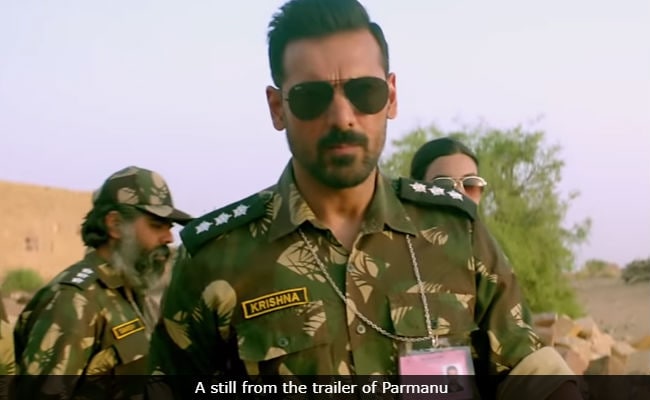 New Delhi: Actor John Abraham, who stars in this Friday's Parmanu - The Story of Pokhran, says that he was "influenced" by Rajiv Gandhi's assassination (his film Madras Cafe was based on it) and by the 1998 Pokhran nuclear tests. Speaking to news agency IANS, John said: "It defined the trajectory in my life because of incidents that were associated with the sanctions that followed. I was planning to go somewhere, to a college, (but I) didn't get through. There was anger at first, then the understanding came that this (nuclear status) can make India great... I started thinking like an Indian and started feeling like a nationalist."

John made a film on both these subjects because he believes that the youth today should know the importance of these historical events. "I think today's youth does not know what happened 20 years ago in May 1998," John said, adding: "It is the biggest case of nuclear espionage in the world, and it happened on Indian soil. I thought it was a story to be told. I asked myself, 'Is this film very difficult to pull off?' And then I smiled because I was going to do it. And because it was difficult to pull off, and was not a formula film, I decided to do it."

John Abraham, who returned to the big screen after a gap of two years, said he wanted to make an engaging thriller. "When I decided to do it, I knew I wanted to make an engaging thriller like Argo, Eye In The Sky, like Zero Dark Thirty, where it doesn't matter if the young audience cares what happened 20 years ago or not. But the by-product, like in any of my films - be it Vicky Donor or Madras Cafe - when you walk out, you walk out feeling that 'Wow, I am proud to be an Indian... This is cool that India did this. I didn't know this'. That's what I wanted to achieve with this film."

"I didn't want to make an overtly patriotic jingoistic film... I am not here to make documentaries. I am here to make commercial films which give entertainment," he added.

As a producer John Abraham hopes to strike a balance between the quality of content and commerce. "To marry the two is the toughest thing, and I try to achieve it most of the times," he told IANS.

"Our (banner's) content is so curated and so researched that it's very difficult to go wrong. Yes, everybody goes wrong with their choice, but the way we curate our subjects, we reduce the risk of the probability of failure. I'm one of those crazy guys who really enjoy failures. I have no fear in failing, and when you don't have that, nothing can stop you," he added.

John also learnt a lesson about partnership after his fallout with KriArj Entertainment during the filming of Parmanu. "Choose your partners wisely to see where the money comes from or doesn't come from. Just be smart about it and work with trusted people in the industry who can help you deliver," he said.

Promoted
Listen to the latest songs, only on JioSaavn.com
John Abraham's upcoming films are Satyamev Jayate, Batla House and RAW. As for his ambitious project 1911, about Mohun Bagan's historic win against an English football club in 1911, the actor told IANS: "It's something close to my heart and I won't let it go so easily."