Meri Pyaar Bindu: Parineeti woke up with a sore throat and called it a "singer's worst nightmare" 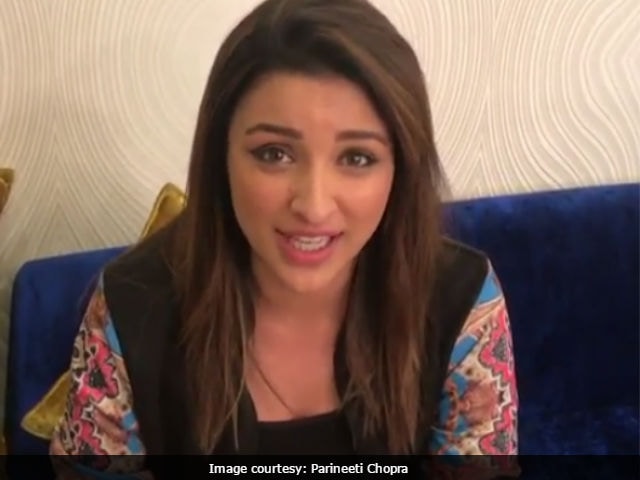 New Delhi: For all the fans hoping to watch Parineeti Chopra sing live at Meri Pyaari Bindu concert, there may be a bad news. The 28-year-old actress posted a video on Instagram saying she "woke up with no voice today" and called it a "singer's worst nightmare." Parineeti Chopra made her debut as a singer with Meri Pyaari Bindu song Maana Ke Hum Yaar Nahin, which fetched her compliments from her colleagues and cousin, actress Priyanka Chopra, who is also a singer. The song was also watched four million times in one day on YouTube. Parineeti cancelled her appointments for Friday to take rest, to be able to perform tomorrow at the concert. She wrote: "I am really, really upset but have no choice but to rest it out today. Sorry to all of you whom I am not able to talk to today."

Guys - Woke up with no voice today .. a singers worst nightmare! Just a day before the HT Mumbai Meri Hai & Meri Pyaari Bindu concert tomorrow! i am really really upset but have no choice but to rest it out today. Sorry to all of you whom I am not able to talk to today.

Soon after Maana Ke Hum Yaar Nahin released on social media, users alleged that Parineeti's song was auto-tuned. However, the actress cleared the rumours by posting a video from the recording studio, showing that the song was not auto-tuned. She told news agency PTI in an interview: "I want to sing as much as I can as that's my first love."

And this is how it happened!!!! Blessed. Also -my answer to all the auto tune questions ... NO AUTO TUNE!! #BehindTheScenes #MaanaKeHumYaarNahin #MeriPyaariBindu

Promoted
Listen to the latest songs, only on JioSaavn.com
Meri Pyaari Bindu is Parineeti's first film in two years. She featured in 2014 films Kill Dil, Daawat-e-Ishq and Hasse Toh Phasee. After all three tanked at the box office, Parineeti took a sabbatical and returned to the big screen in Dishoom's song titled, Jaaneman Aah.