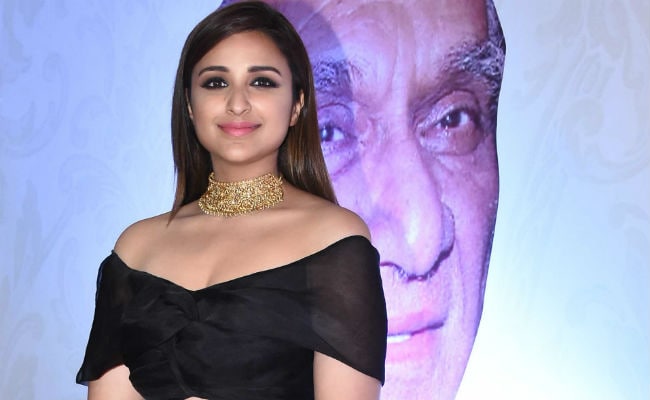 Mumbai: Actress Parineeti Chopra says she is proud of her association with Yash Raj Films, under which she not only made her debut but also did movies like Ishaqzaade and Shuddh Desi Romance. Parineeti on Friday attended the Yash Chopra Memorial Award ceremony, where veteran singer Asha Bhosle was feted an award in memory of late filmmaker Yash Chopra. Since the actress has worked in films like Ladies vs Ricky Bahl, Meri Pyaari Bindu, Kill Dil and Daawat-e-Ishq - all produced under Yash Raj Films, Parineeti took a moment to talk about her journey.

"I am a very proud YRF (Yash Raj Films) girl. I have had the privilege to debut under the banner. Even though I could never be directed by Yash Chopra sir, but he was cutest, sweetest and friendliest mentor to have." Reminiscing, one such incident with the filmmaker, known for his romantic sagas, Parineeti said: "One day when my first film Ladies vs Ricky Bahl had just released and I was shooting for my second film Ishaqzaade, I was on the set at 6:30 a.m. and suddenly I got a call from Yash Chopra sir. At that time, I panicked because I thought I had made some mistakes because I was very new at that point. But when I picked his call, he said something so special that it made me cry." He said, 'Yesterday I saw your film Ladies vs Ricky Bahl and thank you for being part of my film'. I couldn't believe that Yash Chopra the great was saying this to me and I just realised in that instance that there is nothing bigger than humility. The bigger you become, the more humble you should become and that is something that I always remember Yashji for."

Promoted
Listen to the latest songs, only on JioSaavn.com
Parineeti will next be seen on screen in Dibakar Banerjee's Sandeep Aur Pinky Faraar, Vipul Amrutlal Shah's Namastey England and Dharma Productions' Kesari. "I am leaving in three days to start Namastey England but I think I am even more excited for Kesari. It has been a dream to work with Akshay Kumar sir for a really long time. "He is also Punjabi and I am also Punjabi, and we are doing a very Punjabi film. So, I am very excited to go and start shooting for that film."