Parineeti Chopra Says The Fitter You Are, The More Films You Get 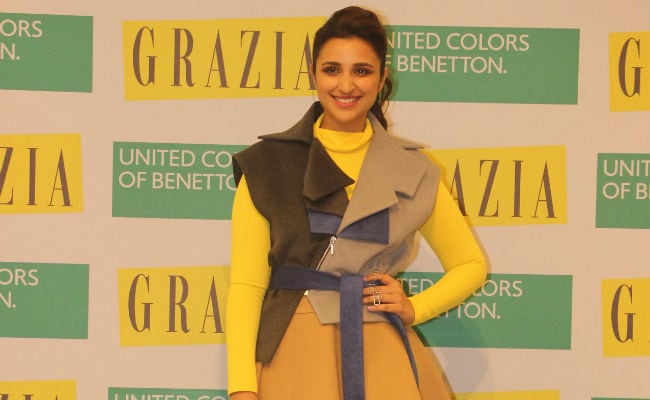 New Delhi: Actress Parineeti Chopra is amazed how her physical transformation has resulted in terms of more and better projects for her, she told news agency PTI. For example, Parineeti, 29, believes that she got Rohit Shetty's film only because she "looked fitter" than before. "When you're in a particular shape, people have very particular expectations from you in terms of role-playing. But when you give them a shock like that, they saw me in a different way and this is the reason I got Golmaal Again because the role required a lot of action in the film. I don't think I would have gotten the role if I wasn't fit," she told PTI.

The Golmaal Again actress took a two-year break right after her 2014 films, Daawat-e-Ishq and Kill Dil, in order to lose weight and get fit. "I really wanted to do a film to join 100 crore club but it went just double so I am very happy. The kind of films I am signing now, are amazing. My brand endorsements and other things are even better," reports IANS.

Promoted
Listen to the latest songs, only on JioSaavn.com
Speaking of fitness, Parineeti said, "Staying fit gives filmmakers a chance to visualise an actor in various roles. Shedding weight or changing body type for an actress is a good thing as it allows her freedom to play different roles," reports PTI.

Parineeti Chopra has Sandeep Aur Pinky Faraar and Namaste Canada - both co-starring Arjun Kapoor and Kesari opposite Akshay Kumar in the pipeline. (With inputs from PTI and IANS)