Parineeti Chopra Posts Emotional Note On Wrapping The Girl On The Train; Anushka Sharma Can Relate

"Words fail me. Feelings overwhelm me. This is a film that has for the first time stayed with me after I have finished it," wrote Parineeti Chopra 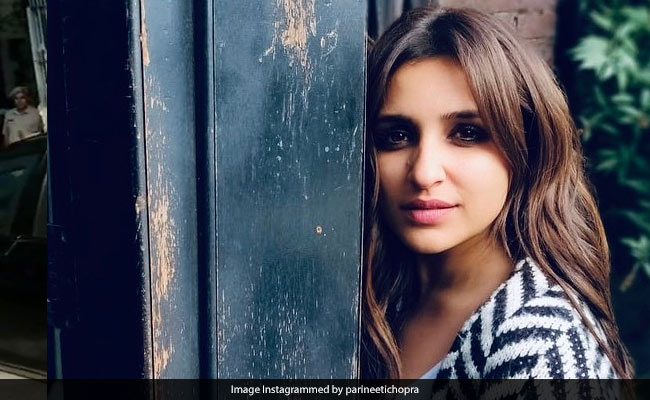 Actress Parineeti Chopra, who has been filming The Girl On The Train in London for quite some time now, wrapped the shoot of the movie on Sunday. As the shoot schedule came to an end, Parineeti shared a heartfelt note expressing how she felt about this film. In her note, she stated how the movie will "stay with her" forever and that she will miss playing the character she plays in The Girl On The Train. Expressing her thoughts out loud, Parineeti wrote in her post: "So I leave London after seven weeks, finishing The Girl On The Train. Words fail me. Feelings overwhelm me. This is a film that has for the first time stayed with me after I have finished it. A character that will live inside me permanently."

"I miss her. I miss playing her. I feel like I've grown up. I feel so much but most of all, I feel grateful. Life changing is an understatement. I am smiling as I write this and with that, I head back home. Looking forward, with my full heart," read her full post.

Reacting to Parineeti Chopra's post, Anushka Sharma wrote that she can "feel" what the Ishaqzaade actress is going through now and commented: "I feel you!"

The Girl On The Train is based on Paula Hawkins' 2015 bestseller of the same name, which was first adapted onscreen by Hollywood director Tate Taylor featuring Emily Blunt in the lead role. Now, director Ribhu Dasgupta is making the film with Parineeti stepping into Emily Blunt's shoes. The film is expected to release next year.

The Girl On The Train will showcase the story of an alcoholic woman, who gets involved in a missing person's investigation. Talking about her role earlier, Parineeti Chopra said that the audience will get to see her in a totally different light in the film. "I am super excited to be shooting this film because this is a role that I have never experienced before, read before and I think the audience has never experienced this kind of acting piece from me," she told news agency IANS.

Meanwhile, check out the photos shared by Parineeti from the sets of The Girl On The Train:

Something I've never done before. And the most difficult character I have ever played in my life. #FirstLook #TheGirlOnTheTrain @reliance.entertainment @sarkarshibasish @amblin

Excited, nervous but honoured to be filling in the shoes of #EmilyBlunt for the hindi adaptation of "Girl on the Train". BLESSED @reliance.entertainment #DREAMWORKSPICTURES @amblin

A raging alcoholic. Something I've never done before .. and the most difficult character I've ever played. #TheGirlOnTheTrain @reliance.entertainment @amblin #RibhuDasgupta

Other than Parineeti Chopra, The Girl On The Train also features Aditi Rao Hydari, Kirti Kulhari and Vatsal Sheth.