Parineeti Chopra Getting Married? She Sets The Record Straight

"Absolutely baseless and untrue! I will happily announce whenever I am getting married," tweeted Parineeti Chopra 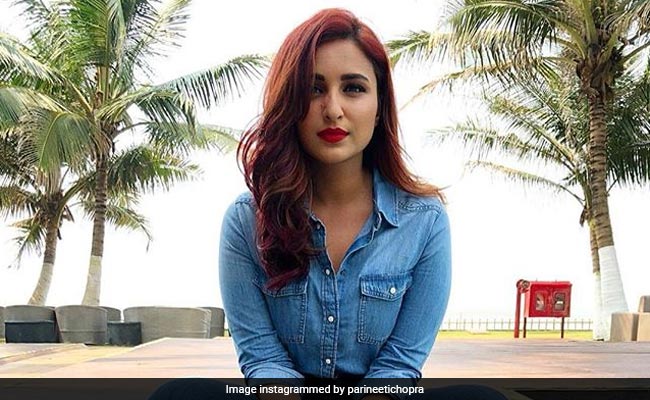 No, guys. Parineeti Chopra is not getting married just yet. The 30-year-old actress dismissed rumours and set the record straight with just a tweet on Saturday . Addressing a report about an impending 'wedding' for Parineeti, the actress said: "Absolutely baseless and untrue! I will happily announce whenever I am getting married!" Following Priyanka Chopra's wedding festivities, gossip pieces cropped up on the Internet, stating that wedding bells are ringing for Parineeti Chopra and her rumoured boyfriend Charit Desai, who is also part of the filmy circle. While Parineeti was an integral part of Priyanka Chopra and Nick Jonas' wedding functions, Charit Desai was also said to have been present during the celebrations in Jodhpur.

Rumours about Parineeti and Charit Desai heading towards a wedding were fuelled after he was spotted enjoying with Nick and Priyanka at a pre-wedding party in Mumbai. That's him on the top left corner beside Priyanka. Parineeti and Charit reportedly met during the Dream Team Tour in 2016.

Parineeti Chopra, who is known for her outspokenness on social media, had earlier slammed a report which stated that she will not be part of Priyanka's team of bridesmaids. "I urge you - Please do better research before printing articles," she tweeted in stern words. For Priyanka's Christian wedding, Parineeti and Sophie Turner (Joe Jonas' fiancee) had headlined Team Bride.

THE MEHNDI. The job of us bridesmaids was to make sure the bride was happy and comfortable at all times. But we didn't have to worry about it - coz Nick promised to do it all his life. Welcome to the family Nick jiju!! Im so so happy that the Jonas and Chopra family are now united!!!

Parineeti also shut those up speculating the "joota hiding money" which Nick Jonas handed over to the bridesmaids as a tradition during the Indian wedding. "To all those speculating the joota hiding money, you know nothing. All I can say is - you're wrong. Nick was more than crazy, hugely, madly generous! No words. Still reeling. Phew. He shocked us. Whatta playa," Parineeti had tweeted just two days after Priyanka's wedding festivities concluded.

To all those speculating the joota hiding money - you know nothing!! All I can say is - you're wrong!!!!! Haha. Nick was MORE THAN CRAZY HUGELY MADLY GENEROUS! No words. Still reeling. Phew. He shocked us. Whatta playa!!! @nickjonas

Parineeti Chopra was also part of Priyanka Chopra's envy-inducing bachelorette in Amsterdam. She also performed at Priyanka and Nick's glitzy sangeet ceremony in Jodhpur. On the work front, Parineeti has films such as Sandeep Aur Pinky Faraar, Kesari and Jabariya Jodi in the line-up.