Pari - Screamer 6: Anushka Sharma, We Are Already Scared As Heck. Hope This One's The Last

Anushka Sharma, why you do this? This will be your first reaction after watching screamer 6 of Pari 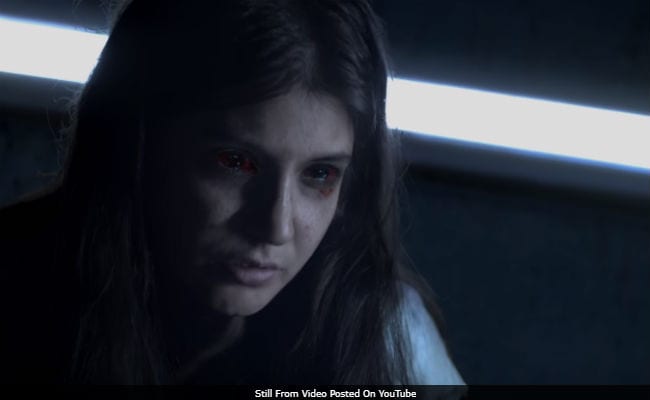 New Delhi: Anushka Sharma, why you do this? This will be your first reaction after watching screamer 6 of her forthcoming film Pari. The screamer was unveiled some hours ago and like the other videos, it is scary as heck. The short video opens in a morgue and while you take a while to figure out what's happening, you will spot the evil spirit sitting on top. The flickering lights and spooky background music add more to it. The camera then pans toward a close-up shot of Anushka and she is barely recognisable with a pale white face and bloodshot eyes. "There is no way out, every option will take you to her," wrote Anushka while sharing screamer 6 of Pari.

Anushka Sharma has scared the bejesus out of us with the earlier screamers and trailer of Pari. (Remember the film isn't for the faint-hearted and it 'isn't a 'fairy tale'). Going by the videos so far, it appears that Anushka plays the role of a possessed girl. She co-stars with Parambrata Chatterjee and Rajat Kapoor.

Pari is Anushka Sharma's third film as producer after NH10 and last year's Phillauri. Of the film, co-producer Prernaa Arora earlier said, "Pari is a fantastic story. It promises an intriguing and engaging cinematic experience for the audience."

Pariis Anushka's first release of the year. She will later be seen in Sui Dhaaga and Zero. Sui Dhaaga stars her opposite Varun Dhawan and in Zero,she co-stars with Shah Rukh Khan and Katrina Kaif.
Comments
Anushka Sharmaanushka sharma paripari screamer