Pari - Screamer 4: Anushka Sharma, Why You Do This? Why?

Yet again, Anushka Sharma scared the heck out of us with a screamer of Pari 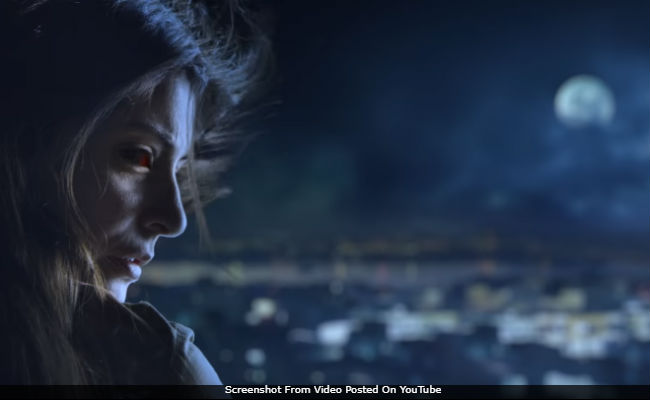 New Delhi: Pari is back. If you just thought Anushka Sharma was done, you were wrong. Yet again, she scared the heck out of us with a new teaser... ummm no, a 'screamer' of her forthcoming film. The video opens on Anushka, who is squatted on the railing of a balcony and suddenly, she turns back... Red eyes and a spooky voice follow. "I'm waiting," wrote the actress while sharing Pari - screamer 4 on social media. Anushka Sharma is scaring the bejesus out of us with the screamers and trailer of Pari. (Reminder - Pari isn't for the faint-hearted and it 'isn't a 'fairy tale').

Have you watched the trailer yet?

Remember the scariest proposal ever?

Will you be her Valentine? https://t.co/3xiKG8lYyZ#PariTrailerOnFeb15@paramspeak@OfficialCSFilms@kriarj@poojafilms

Here's something 'more haunting than your Monday blues.'

Here's something more haunting than your #MondayBlues. #PariTrailerOnFeb15@paramspeak@OfficialCSFilms@kriarj@poojafilms@KytaProductionspic.twitter.com/LHNrNXmhsk

Going by the videos so far, it appears that Anushka plays the role of a possessed girl in Pari. She co-stars with Parambrata Chatterjee and Rajat Kapoor.

Of the film, co-producer Prernaa Arora earlier said, "Pari is a fantastic story. It promises an intriguing and engaging cinematic experience for the audience."

Pari is Anushka Sharma's third film as a producer. She co-owns the production house Clean Slate Films with her brother Karnesh. NH 10 and 2017's Phillauri are the previous two films produced by her.

Pari will be Anushka's first release of the year. She will later be seen in Sui Dhaaga and Zero. YRF's Sui Dhaaga stars Varun Dhawan opposite her. In Zero, Anushka features with Shah Rukh Khan and Katrina Kaif.
Comments
Anushka SharmaPARI Screamer 2