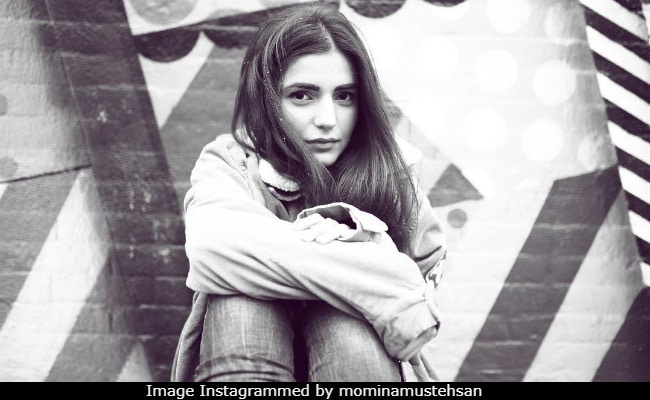 New Delhi: As allegations of sexual harassment piled up against Ali Zafar, Pakistani singer Momina Mustehsan tweeted to urge her fellow singer to "apologise unconditionally" and own up, if at all he is guilty. On Thursday, singer Meesha Shafi alleged Ali Zafar sexually harassed her and named him as a repeat offender, claims which Ali Zafar has "categorically denied" in a strongly worded statement. Following Meesha Shafi's statement, several other women shared their accounts concerning the singer, alleging sexual misconduct on his part. Momina Mustehsan also opened up about her brush with sexual harassment in a lengthy note, in which she did not appear to accuse anybody in particular, and wrapped it with a question addressed to Ali Zafar. However, there has been no response (to Momina Mustehsan's tweet) by the Pakistani singer, who earlier said he intends to take legal assistance against Meesha Shafi.

"I would want to ask Ali Zafar and all other men one question: do you think you have ever, knowingly or unknowingly, violated a woman in any way or form? If you have (no one is an angel) I request you to acknowledge your fault, apologise unconditionally, learn from the mistakes, and become a better human being," Momina Mustehsan wrote in her note.

Still waiting for u to respond @AliZafarsays. Do u think u have ever, knowingly or unknowingly, violated a woman in any way or form? https://t.co/CS2fYHpWN8

This is what she had posted before: "'Me Too' needs a response 'I'm Sorry' from the offenders. Nothing will change until they acknowledge, take responsibility and make amends."

#MeToo needs a response #ImSorry from the offenders. Nothing will change until they acknowledge, take responsibility and make amends. pic.twitter.com/sphI1c1agT

On Thursday, Ali Zafar denied the allegations made by Meesha Shafi, writing: "I have nothing to hide. Silence is absolutely not an option." In his statement, he also added: "I categorically deny any and all claims of harassment lodged against me by Ms Shafi." Meesha Shafi, a mother of two, tweeted to say this "I have been subjected, on more than one occasion, to sexual harassment of a physical nature at the hands of a colleague from my industry: Ali Zafar." Read their tweets here.

Following Meesha Shafi's claims, several other women accused Ali Zafar of "crossing boundaries of what is appropriate behaviour between friends." Here are some tweets.

Thank you @itsmeeshashafi for your courage and your bravery. It's never easy. But that should never silence us. I am in total solidarity with you. You are not alone in this because #Metoo#TimesUp#WeBelieveYoupic.twitter.com/hkQ61bqnFH

Momina Mustehsan is best known for singing the massively popular Coke Studio version of Afreen Afreen. She also has songs like Pee Jaun and Jee Liya on her resume.