"In the years I have known Ali Zafar, he has on several occasions crossed boundaries of what is appropriate behaviour between friends," read a tweet 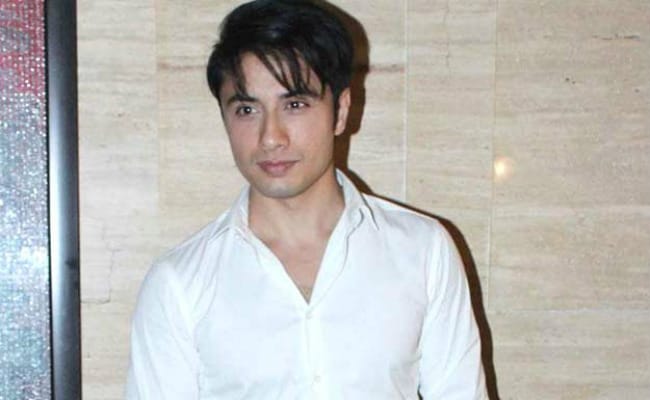 "I have nothing to hide," Ali Zafar tweeted on Thursday

New Delhi: Pakistani singer-actress Meesha Shafi alleged sexual harassment by colleague Ali Zafar on Thursday, after which several other women have accused the singer of harassment. On his part, Ali Zafar "categorically denied" the claims made by Meesha and notified that he will deal with the allegations with legal assistance. The women, who shared their accounts concerning Ali Zafar, have particularly mentioned how Meesha's tweet has inspired them to open up. "Thank you Meesha Shafi for your courage and your bravery. It's never easy. But that should never silence us. I am in total solidarity with you. You are not alone in this," wrote Pakistani make-up artist Leela Ghani. Just like Meesha Shafi, the other accounts alleging sexual harassment by Ali Zafar, have also cited the 'Me Too' campaign.

"In the many years I have known Ali, he has on several occasions crossed boundaries of what is appropriate behaviour between friends," Ms Ghani wrote in her statement. "In such cases, women like myself run from a situation and hope to God you never cross paths again. And when by some misfortune you do, you hide from him," she added. Read her full account below.

Thank you @itsmeeshashafi for your courage and your bravery. It's never easy. But that should never silence us. I am in total solidarity with you. You are not alone in this because #Metoo#TimesUp#WeBelieveYoupic.twitter.com/hkQ61bqnFH

Maham Javaid (whose Twitter bio says she's a journalist), responded to Meesha Shafi's tweet and alleged sometime between 2004-2005, Ali Zafar attempted to kiss her cousin. "So, Meesha Shafi's brave sharing of her experience reminded me of a story about Ali Zafar from many, many years ago, when Ali Zafar tried to kiss my cousin and pull my cousin into a restroom with him. Luckily my cousin's friends were there to push Ali Zafar off," read one of her tweets.

Here's what she wrote in her tweets:

So @itsmeeshashafi's brave sharing of her experience reminded me of a story about @AliZafarsays from many many years ago, when Ali Zafar tried to kiss my cousin and pull my cousin into a restroom with him. Luckily my cousin's friends were there to push Ali Zafar off https://t.co/kBQbBiwyFP

This was on a boat on the way to a party at the Yacht Club between 2004-2005. Why don't I remember the date? Bc this is what's crazy: in those days such sexual harassment was such a non issue and simultaneously such a taboo that we hardly spoke about it

We didn't even think of telling anyone, apart from friends, or reporting him because "he's a celebrity, no one would possibly care or listen". And tbh over the years we forgot the story ourselves, until today. Thanks @itsmeeshashafi for reminding us that our stories matters

Lifestyle blogger Humna Raza also shared Meesha Shafi's tweet to say: "You're not alone." In her lengthy account, she alleged how Ali Zafar made her uncomfortable while she attempted to click a selfie with him at a party.

Promoted
Listen to the latest songs, only on JioSaavn.com
On Thursday, Ali Zafar denied the allegations made by Meesha Shafi, writing: "I have nothing to hide. Silence is absolutely not an option." In his statement, he also added: "I categorically deny any and all claims of harassment lodged against me by Ms Shafi." Meesha Shafi, a mother of two, alleged sexual abuse and also accused Ali of being a repeat offender. "I have been subjected, on more than one occasion, to sexual harassment of a physical nature at the hands of a colleague from my industry: Ali Zafar," read a part of her statement. Read their tweets here.

Meesha Shafi is the star of several Pakistani shows and also featured in Mira Nair's film The Reluctant Fundamentalist. In Bollywood, she was also seen in 2013's Bhaag Milkha Bhaag, in which Ms Shafi was cast as a swimmer competing in the Olympics.

Ali Zafar has several Bollywood films on his resume and has worked with actresses like Alia Bhatt in Dear Zindagi, Katrina Kaif in Mere Brother Ki Dulhan, Taapsee Pannu in Chashme Baddoor, Parineeti Chopra in Kill Dil and Yami Gautam in Total Siyapaa.