Pagglait Trailer: Sanya Malhotra Embarks On A Journey Of Self-Discovery 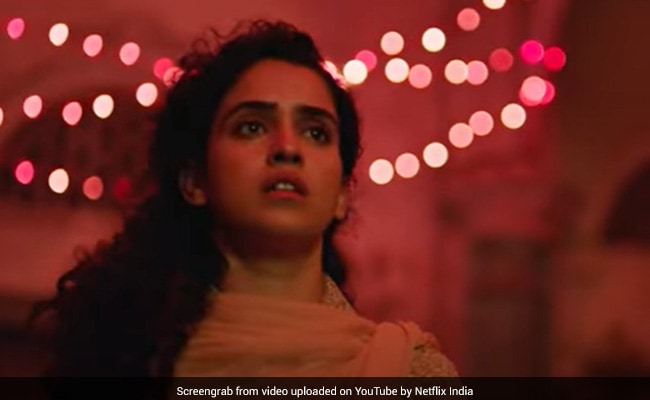 The trailer of Sanya Malhotra's upcoming film Pagglait dropped on YouTube on Tuesday. The quirky trailer has sent the internet into a tizzy. In Pagglait, Sanya Malhotra plays the role of a young widow (Sandhya Giri) who has lost her husband just a few months after their marriage. As the trailer begins, it is established that Sanya's husband (Atik Giri) has died, and the entire family is worried about her state of mind. While everyone expects Sanya to go into a state of deep grief after the demise of her husband, she remains unaffected due to her inability to grieve. Sanya can be seen enjoying street food when her friends and family expect her to mourn.

While Sanya's in-laws are busy with the preparations of the last rites of their son, the trailer takes a turn, as an insurance company executive arrives at their house. It is then revealed that Sanya's late husband has left her a fortune of Rs 50 lakhs through a life insurance policy. In the next part of the trailer, Sanya's in-laws can be seen talking about getting her re-married to her husband's brother so that the insurance money stays in the family.

In the latter part of the trailer, Sanya talks about how everyone thought that she went pagglait (crazy) when she was doing the right thing for herself. She also talks about how patriarchy calls women crazy when they start following their mind. The trailer ends on a sweet note with the entry of Nakul Roshan Sehdev who proposes Sanya.

The film has been written and directed by Umesh Bist. Besides Sanya Malhotra, it also stars Raghuvir Yadav, Sayani Gupta and Ashutosh Rana. Pagglait is slated to release on Netflix on March 26.