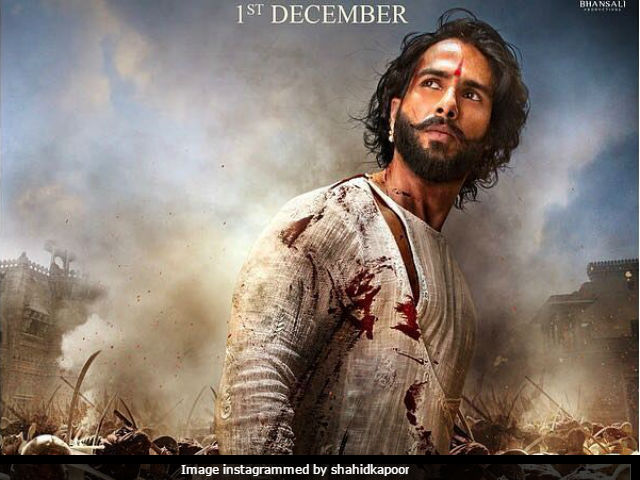 Shahid Kapoor on the poster of Padmavati (Image courtesy: shahidkapoor)

New Delhi: Monday mornings can be difficult to deal with but actor Shahid Kapoor has delighted everyone by sharing the first look of his character Rani Padmavati's Rawal Ratan Singh from Sanjay Leela Bhansali's much-talked about film Padmavati. The 36-year-old actor shared two posters from his upcoming film on social media with a caption that read, "Maharawal Ratan Singh. Saahas, Samarthya aur samaan ka prateek. #MahaRatanRawalSingh #Padmavati @FilmPadmavati." One of the posters shared by Shahid Kapoor shows him standing in a battle field with a fierce and royal look. Padmavati also stars Deepika Padukone and Ranveer Singh, both of whom have also shared the posters on their social media accounts.

Take a look at Shahid Kapoor as Rawal Ratan Singh in Padmavati.

In the film, Deepika Padukone features in the title role as Rani Padmini while Ranveer Singh will portray the role of historic ruler Alauddin Khilji.

Two days after Padmavati posters featuring Deepika as Rani Padmini were released, an outfit of the Rajput community Shri Rajput Karni Sena burnt the posters of the film outside Rajmandir Cinema Hall in Jaipur in protest, reported news agency IANS. They claimed that filmmaker Sanjay Leela Bhansali had promised to the have the movie cleared by the outfit first but has not followed up.

"While shooting in Jaipur Bhansali had promised to show the film to us and historians before releasing it. But since then no one has contacted us, nor has the film been shown to us," said Narain Singh Divrala, the district president of Karni Sena, reported IANS.