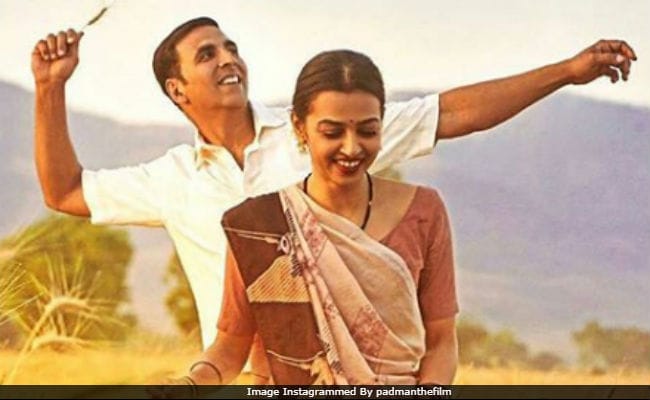 PadMan is based on entrepreneur Arunachalam Muruganantham, who invented low-cost sanitary pad making machine and created menstrual hygiene in his village. The film is produced by Twinkle Khanna.

Promoted
Listen to the latest songs, only on JioSaavn.com
In his review for NDTV, film critic Raja Sen gave PadMan 4 stars out of 5. "PadMan is a film about those who need to take things apart in order to build something better. Muruganantham did this with pads as well as with stigma. The PadMan title track revels in the fact that he doesn't have to break bones in slow-motion or leap tall buildings in order to be a superhero," he wrote.

Of making a film like PadMan, Akshay had earlier told news agency PTI, "I always wanted to work and make such films but I was not a producer during that time. I didn't have enough money but now I can. My wife told me about Muruganantham and then we met R Balki. So we thought about making this movie. Even Hollywood has not a film on sanitary pads or menstrual hygiene. People always make documentaries but they don't want to make commercial films. We have tried to do that."