PadMan Box Office Collection Day 10: Akshay Kumar's Film May Not Make It To The 100-Crore Club 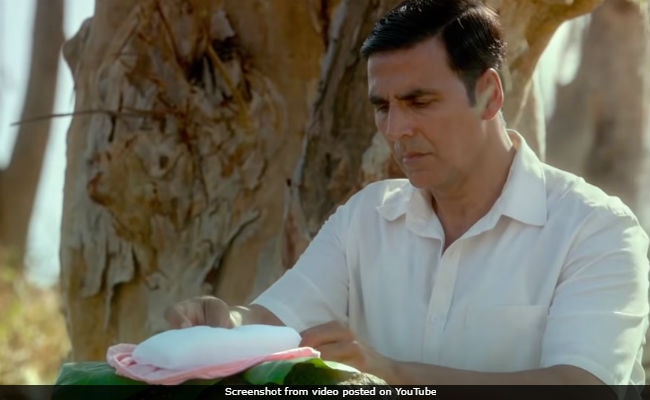 New Delhi: Akshay Kumar's PadMan, a film based on the awareness about the menstrual hygiene has evoked average response at the box office. Trade Analyst Taran Adarsh, even passed on the verdict that R Balki-directed film may not even make it to the 100-crore club, despite Akshay Kumar's presence as a lead. "PadMan declined considerably in Weekend 2... Entry into the R 100 crore club is ruled out, as per current trending... [Week 2] Friday 2.10 crore, Saturday 3.15 crore, Sunday 3.78 crore. Total: Rs 71.90 crore. India biz," Mr Adarsh wrote in his tweet. PadMan, which hit the screens on February 9, earned Rs 62.87 crore in its first week, Rs 9.03 crore in the second week.

PadMan, which started off on a decent note by pocketing Rs 10 crore on its opening day, has declined considerably. And, looking at the current box office statistics we won't know how it will play out until next weekend.

The film based on the real-life struggle of social entrepreneur Arunachalam Muruganantham, stars Akshay Kumar, Sonam Kapoor and Radhika Apte in prominent roles.

Despite the gigantic success of Mr Muruganantham's 'PadMan Challenge' and producer Twinkle Khanna headlining the overseas campaign - her speech at Oxford Union and interview with BBC - the film fell short to reach it's intended target.

Promoted
Listen to the latest songs, only on JioSaavn.com
Speaking of the film being a medium to tackle the taboo around menstruation, Twinkle Khanna in her interview to BBC, had said: "I thought this was a remarkable story which really needed to reach every household in India, and globally, because I think the taboo around menstruation is not just in India, it's a global problem."

PadMan was initially scheduled to release on January 25. Akshay Kumar postponed the release of his film by two weeks to give "Padmaavat" a solo screen space over the Republic Day weekend.