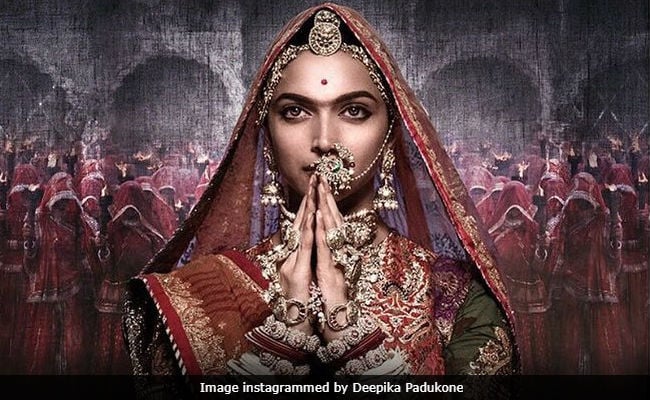 New Delhi: Sanjay Leela Bhansali's "Padmaavat" is conquering the international and Indian box office. Deepika Padukone's film is performing spectacularly at the ticket window in US, Singapore and Australia among other countries. According to a Variety magazine report the period piece collected over $30.5 million over the four-day weekend, out of which $7.7 million is the film's overseas collection. Trade analyst Taran Adarsh tweeted that "Padmaavat" Rs 1.55 crore from 20 screens in Singapore until Monday. According to him, Padmaavat's North America numbers are "humongous." He said: "While most films don't do more than $3 million/ $4 million lifetime internationally, "Padmaavat" has grossed close to $5 million in its opening weekend in North America alone. Weekend total: $4,980,887 (Rs 31.71 crore)."

Here's a summary of the film's box office success story:

#Padmaavat is SENSATIONAL in key international markets... USA-Canada will be updated later...

According to International tracking service ComScore's global film ranking, Maze Runner: The Death Cure, with $86.1 million in its pocket, emerged as this week's winner followed by Jumanji: Welcome to the Jungle with $34.1 million and The Greatest Showman, with $19.6 million, ranked #3. A Variety magazine report stated: "ComScore, however, does not provide global coverage for every film released and excluded "Padmaavat" outside North America. Had it been included, the Indian epic would have jostled with The Greatest Showman, fellow Indian title Secret Superstar and Steven Spielberg's The Post for a leading chart position."

In India, where "Padmaavat" was not screened by cinema owners in several states, the film collected over Rs 114 crore. "Protests, disturbances, no screening in few states, yet, "Padmaavat" does excellent business in its extended weekend," tweeted Taran Adarsh.

Protests... Disturbances... No screening in few states... Yet, #Padmaavat does EXCELLENT biz in its extended weekend... The film lost out on substantial biz [approx 35 cr / 37 cr], but the SUPERB trending in other circuits helped put up a MAJESTIC total...

Promoted
Listen to the latest songs, only on JioSaavn.com
"Padmaavat" is Deepika's seventh film to gross over Rs 100 crore while it is Ranveer Singh's (who plays main antagonist Alauddin Khilji) third. Deepika and Ranveer co-starred in Sanjay Leela Bhansali's Ram-Leela and Bajirao Mastani before "Padmaavat."

"Padmaavat" is based on Malik Muhammad Jayasi's ballad, which narrates the story of Rani Padmini of Chittor, who performed jauhar when Alauddin Khilji invaded Chittor.