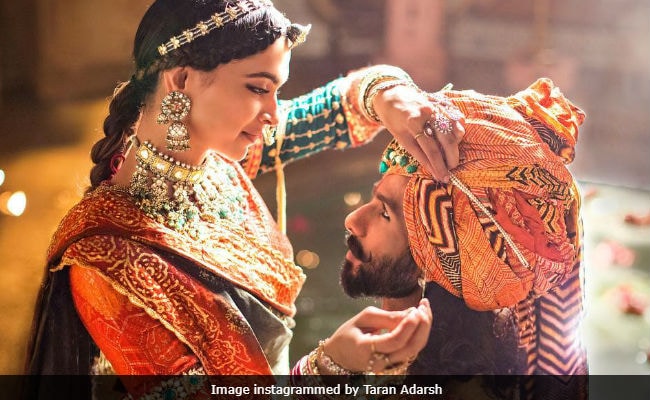 New Delhi: Deepika Padukone's new film "Padmaavat" has passed the 'crucial Monday test,' tweeted trade analyst Taran Adarsh. The Sanjay Leela Bhansali-directed film, which is among the top three grossers worldwide, pocketed Rs 15 crore in India on Monday, bringing the domestic total to Rs 129 crore. "Padmaavat passes the crucial 'Monday test'. Maintains the momentum, collects a solid figure," Taran Adarsh tweeted. "Padmaavat," which was made on a budget of Rs 190 crore, still has a long way to go but the Rs 129 crore collection number is significant considering the film did not open in several states and was haunted by several controversies for months before it hit the screens.

"Padmaavat," which is Deepika's seventh Rs 100 crore-film, is making crores internationally too. The film has performed exceptionally in North America. Taran Adarsh tweeted: "While most films don't do more than $3 million/ $4 million lifetime internationally, "Padmaavat" has grossed close to $5 million in its opening weekend in North America alone. Weekend total: $4,980,887 (Rs. 31.71 crore)."

Promoted
Listen to the latest songs, only on JioSaavn.com
According to a Variety magazine report, if international tracking company ComScore included "Padmaavat" in their list of global top grossers, it would have ranked #3, surpassing The Greatest Showman, Secret Superstar and The Post. "Padmaavat" with over $30 million worldwide collection is only below Maze Runner: The Death Cure ($86.1 million) and Jumanji: Welcome to the Jungle ($34.1 million) in the international box office battle.

"Padmaavat" also stars Ranveer Singh as Alauddin Khilji and Shahid Kapoor as Maharawal Ratan Singh. The film is based on Malik Muhammad Jayasi's ballad of the same name.