New Delhi: Desi Girl Priyanka Chopra's share of the Oscar sun was relatively scant but, as India's sole representative, she had a nation's collective eye on her as she walked the red carpet and presented an award at Hollywood's big night. Priyanka, 33, wore lacy Zuhair Murad and rubbed shoulders with Hollywood's creme de la creme in Los Angeles on Sunday night. India woke up early Monday morning to watch her swan down the red carpet in the strapless dress accessorized with jewellery worth almost a reported $8 million. 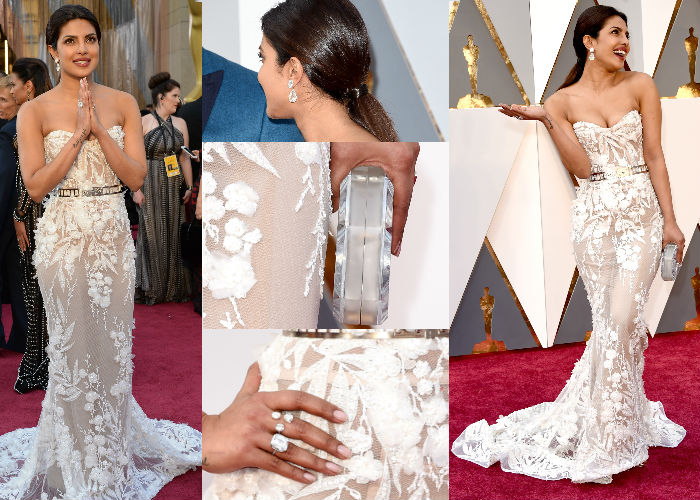 Nothing about her choice of designer or outfit indicated her Indian heritage but Twitter, generally critical of Bollywood actresses' choice of red carpet couture internationally (remember Sonam Kapoor at Cannes?), thought she did great. (Also Read: Priyanka Chopra on How She Prepared For the Oscars)

Her colleagues from the film industry said:

A proud moment to see my homegirl @priyankachopra all over the Oscar's. Keep slayin!! #brownpplting yesss

Congratulations @priyankachopra for being probably the first Indian to present an award at #Oscars. You are the Best.:) #kuchbhihosaktahai

So underwhelmed by the #OscarsRedCarpet this year but our girl @priyankachopra is a stunner! @ZMURADofficialpic.twitter.com/32urqmKRPM

No designer envy for Manish Malhotra:

Priyanka, who is now internationally known because of her role on American show Quantico, presented the award for Best Film Editing (to Margaret Sixel for Mad Max: Fury Road) with actor Liev Schreiber. According to news agency PTI, Priyanka told a reporter before the show, "Thank God that yesterday I pre-recorded all the names for the nominees because I was like, 'Oh my God I'm definitely gonna mess this up!' But I don't think that's gonna happen because it's pre-recorded and all done." 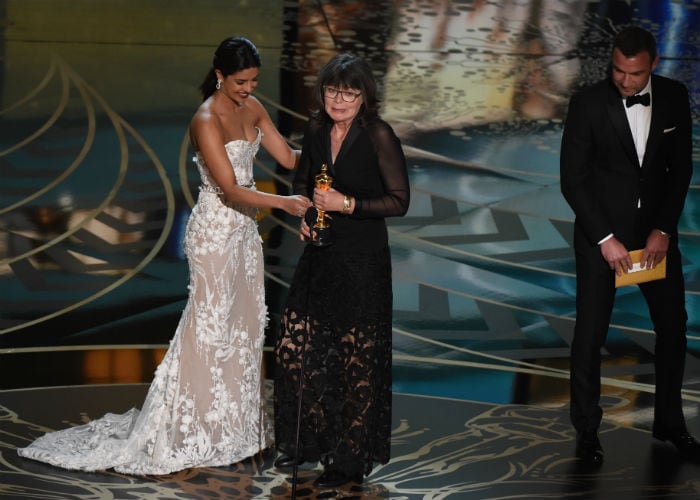 Image courtesy: AFP
Priyanka, who won the People's Choice Award for Favourite Actress in a New TV Series for her Quantico role, has been cast opposite Dwayne Johnson in the Baywatch film. Back home, she is awaiting the release of Jai Gangaajal.