Oscars 2020: Eminem, like Marvel films, is clearly not cinema 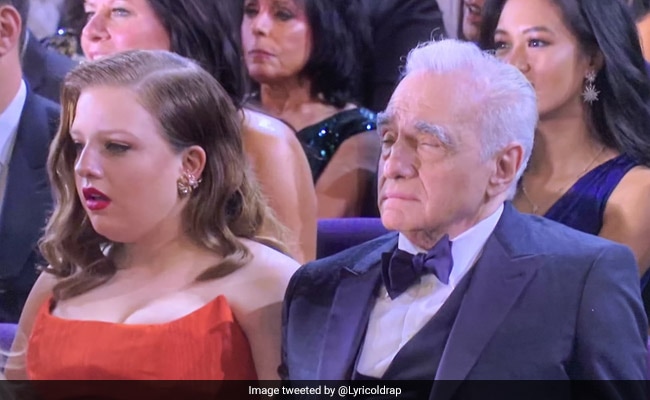 Eminem came, saw and conquered at the Oscars. But wait, just like one indomitable Gaulish village that held out against the might of Caesar, there was a single seat among the celebrity-packed rows rapping along to Lose Yourself that went unconquered. That seat was filled by Hollywood grandee Martin Scorsese, a nominee this year and an authority on all things 'not cinema.' Pictures and clips of the 77-year-old director failing to rock out to Eminem and, in fact, appearing to fall asleep during the rapper's stirring performance have been going viral. It seems that Eminem, like Marvel superhero films, is not cinema.

Last year, Martin Scorsese, Oscar winner for directing The Departed, lit a match by dismissing the Marvel Cinematic Universe as "not cinema" in an interview with Empire. It triggered another Oscar winner - Francis Ford Coppola dialled it up at Lumiere Festival in France, saying, "Martin was being kind when he said it wasn't cinema. He didn't say it was despicable, which is what I say." A deluge of reactions, mainly defending the existence of superhero films, followed from celebrities and fans alike.

Six months later, Martin Scorsese, attending the Oscars as a Best Director nominee for The Irishman - the film he was promoting when he ran Marvel down - was spotted dozing as Eminem rapped, or so it seemed. Twitter, of course, lives for moments such as this.

martin scorsese is currently googling who eminem is

Martin Scorsese made a marathon movie in The Irishman but is passing out to an Eminem performance! #Oscarspic.twitter.com/WZ5DEcVmm5

Eminem was an Oscar winner before Martin Scorsese, let that sink in Scorsese. https://t.co/KL9TW4SH8e

There's a lot more where those came from.

18 years ago, Eminem, real name Marshall Mathers, won the Best Original Song Oscar for Lose Yourself, from the soundtrack of his film 8 Mile. He didn't attend then, apologising for his no-show in a tweet posted today:

Look, if you had another shot, another opportunity... Thanks for having me @TheAcademy. Sorry it took me 18 years to get here. pic.twitter.com/CmSw2hmcZo