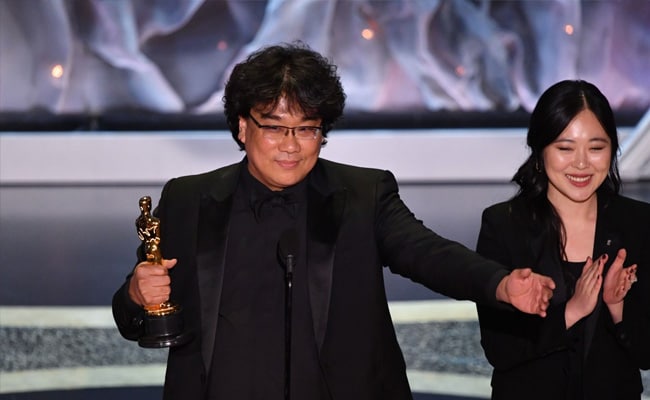 Yes, he could and he did. Bragging rights at the Oscars went to South Korean Bong Joon-ho, who made history, winning Best Director for Parasite, which also won Best Picture, Best International Feature and Best Original Screenplay. "Thought I was done," Bong Joon-ho said in his Best Director speech (in which he gave shout-outs to the other directing nominees Sam Mendes, Martin Scorsese, Quentin Tarantino and Todd Phillips) - but no, there was still Best Picture left. Parasite's sweep might surprise pundits who predicted Sam Mendes and his war drama 1917 would take Best Director and Picture, with Bong Joon-ho a close second - 1917 was seen as the sort of film The Academy, that gives out the Oscars, favours versus Parasite, a fan and critics' favourite. However, never let it be said that the Oscars don't know a good plot twist when they see one. The acting slate held no surprises - Joaquin Phoenix won Best Actor for Joker, Renee Zellweger won Best Actress for Judy, Brad Pitt is this year's Best Supporting Actor for Once Upon A Time In Hollywood, and Laura Dern went home with the Best Supporting Actor Oscar for her performance in Marriage Story.

Here are this year's Oscar winners:

Best Supporting Actor - Brad Pitt for Once Upon A Time... In Hollywood

Best Production Design - Once Upon A Time In Hollywood