Even two filmmaking legends can cast the wrong villains amid massive industry change. 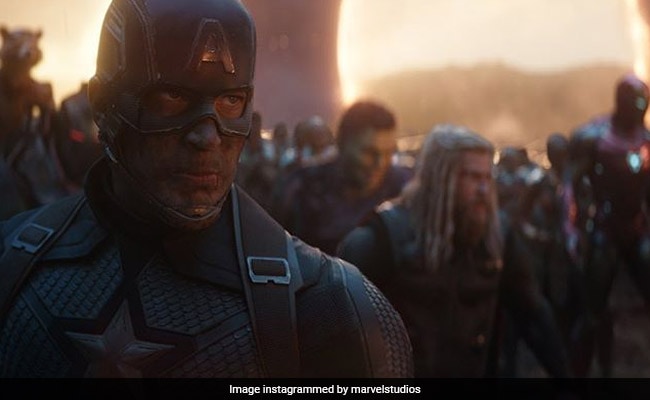 Even the yawn of the news cycle around each "look who's bashing superhero movies now" flare-up reads like a rote script from an inferior franchise sequel:

1. An iconic New Hollywood filmmaker (or veteran comedian) tosses off a negative comment about superhero movies.

2. Media outlets quote the shade and any prominent response.

The most recent case stars Francis Ford Coppola, who ratcheted up the disparaging comments about superhero movies made early this month (and reiterated Monday) by his fellow Oscar-winning luminary, Martin Scorsese.

Because Step No. 2 is obligatory to move forward, here's the recap: Irishman director Scorsese said that superhero films, as studios like Marvel create them, are "not cinema," likening such movies more to theme-park entertainment. Then, Godfather director Coppola, speaking while being honored at the Lumiere festival in Lyon, France, intensified matters Saturday by saying: "Martin was being kind when he said it wasn't cinema. He didn't say it was despicable, which is what I say."

Guardians of the Galaxy and Suicide Squad sequel filmmaker James Gunn promptly responded on social media. "Some superhero films are awful, some are beautiful," he wrote. "Like westerns and gangster movies (and before that, just MOVIES), not everyone will be able to appreciate them, even some geniuses. And that's OK."

Scorsese re-upped his concerns at the Rome Film Festival this week, saying "the 'amusement park' comic books films, they're taking over the theaters. They can have those films and it's fine, but that shouldn't become what our young people believe is cinema."

Amid the hubbub and quick clicks is one pressing question: Why do film fans even care so hotly about what the two towering auteurs have to say about the contents of a mainstream superhero movie - especially given Scorsese's admission that he doesn't watch them? Would we care if a decorated chef like Joel Robuchon or Gordon Ramsay said he lacked a personal taste for even the world's best hot buttered popcorn, generally flavored to appeal to the most people possible?

All this unfolds as Todd Phillips' non-superhero superhero movie Joker - to which Scorsese was attached early on as a producer - becomes one of the highest grossing R-rated movies ever ($737 million worldwide), with its heavy homage to Scorsese's urban alienation films. (Joker also features a cameo by Marc Maron, who got into his own recent Twitter fight after throwing around mockingly negative comments about superhero movies like so much live bait.)

Joker, much like HBO's new critically acclaimed Watchmen, reminds us that superhero-world stories can be fertile ground for reinvention and adaptation, just as creators at the dawn of the superhero industry were inspired by long hours in the theater, watching noir and gangster movies.

Superhero fans simply don't need the paternal approval of these Hollywood godfathers, especially when superheroes, right alongside animated movies and Disney-vault reboots, dominate the box office each year. As the chorus goes in this era of the $22 billion Marvel movie machine, "the nerds won" - even as old cultural grudges die hard.

Since Coppola's comments, some observers have called this a superhero "debate," but that's hardly the case. What we're really hearing are the sporadic shots of symptomatic frustration, worry and concern amid huge industry upheaval. Beyond the shallow news squibs about Coppola and Scorsese's insults, the filmmaking greats are speaking to larger trends that certainly merit their sentiments and insights.

At heart, Coppola is trying to champion what he considers personal stories. Scorsese and Coppola first thrived as the old Hollywood studio system died, coming up in an age of the auteur, and that's the personal prism through which they're witnessing just how many screens are devoted to interlocking universes that require the significant presence of the big studio's hand.

"If you make art that's not personal, it's a sin," Coppola said in Lyon, adding: "When I was hired to do 'The Godfather,' I tried to do something that was personal."

The reality of major modern filmmaking, of course, is that so few movies not adapted from existing intellectual properties ever become blockbusters - and theater owners, desperate to compete in the era of streaming services, need their blockbusters to fill those seats. (The proof is constant; even new big-budget non-superhero movies such as Gemini Man and Maleficent: Mistress of Evil are underperforming as chair-fillers.)

Meanwhile, Scorsese offered a money quote that got too little coverage as his Irishman, which is backed by Netflix, closed the London Film Festival.

Scorsese said, according to the Associated Press, that the rise of streaming platforms has become "an even bigger revolution than sound brought to cinema" because it "opens up the original conception of what a film is."

"Homes are becoming theaters, too," Scorsese noted, "but it's a major change, and I think one has to keep an open mind."

Meanwhile, superhero movies will eventually yield dominance to another genre - but what next genre will keep some theater owners from financial straits?

As The Washington Post reported last year, movie-ticket revenue was up 8 percent for 2018 - but well more than one-third of that revenue came "from just 10 films, out of the more than 700 released during the year.

Scorsese knows the new Hollywood reality as well as anyone. So even as he sounds frustrated over what Disney franchises monopolize the multiplex, he looks to new streaming platforms, keeping an open mind about where to find his next open wallets.