Priyanka Chopra issued a tweet of confession and replied to Maharashtra Police with this response: "Oops. Caught red handed..time to activate Plan B." 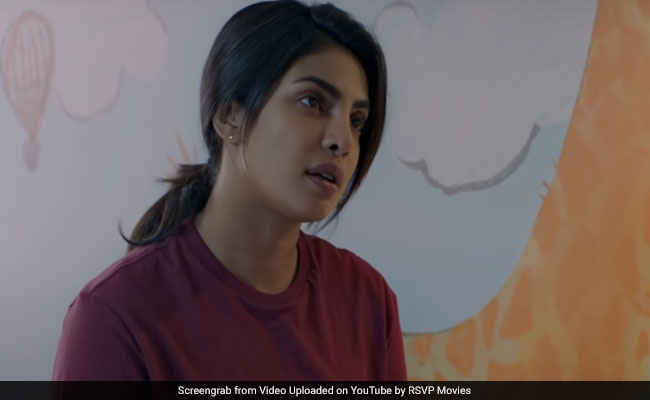 Priyanka Chopra and Farhan Akhtar caught the attention of Maharashtra Police recently, courtesy a dialogue from the newly released trailer of The Sky Is Pink. In the movie, Priyanka and Farhan's onscreen daughter Aisha (played by Zaira Wasim) is diagnosed with life-threatening disease Busulfan Lung Disorder and the family struggles with financial difficulties because of expensive treatment procedures. Priyanka, who features as a feisty and sprightly mom in The Sky Is Pink, in her attempt to lighten the pensive mood, tells Farhan Akhtar: "Ek baar Aisha theek ho jaye, phir saath mein bank lootenge." Well, the Maharashtra Police was quick to notice that and issued a tweet with a polite reminder (all in good humour, of course): "Seven years imprisonment with fine under IPC Section 393."

On Wednesday morning, Priyanka Chopra issued a tweet of confession and replied to Maharashtra Police with this response: "Oops. Caught red handed... time to activate Plan B, Farhan Akhtar." Read her tweet here:

The Sky Is Pink is a bilingual film directed by Shonali Bose. The film is based on the life and experiences of late motivational speaker and author Aisha Chaudhary, who was diagnosed with a terminal illness. Zaira Wasim features in the role. Actor Rohit Saraf plays Priyanka and Farhan's onscreen son in the movie.

The Sky Is Pink will have a world premiere at the Toronto Film Festival on September 13. The film is slated to hit screens on October 11 this year.