Only an 'Idiot' Like Aamir Khan Could Make Dangal: Vidhu Vinod Chopra 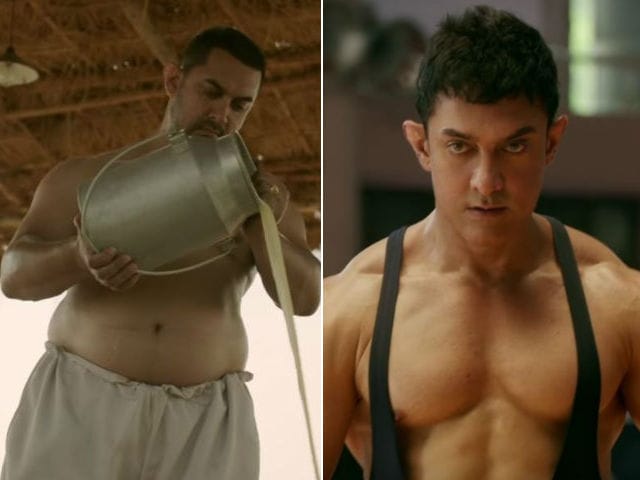 Mumbai: Filmmaker Vidhu Vinod Chopra says a person who is crazy for the art of acting can pull off character like Aamir Khan's in Dangal. He praised the 51-year-old actor for excelling in preparing for the role of wrestler Mahavir Singh Phogat.

The upcoming biographical sports drama features Aamir, 51, as Mahavir Singh Phogat, who taught wrestling to his daughters Geeta Phogat and Babita Kumari. The trailer of the film was released on Thursday.

Mr Chopra, who produced Aamir's PK and 3 Idiots, applauded the actor for his efforts. "I really like Aamir as an artiste. He is excelling himself," he told reporters, when asked how he found the trailer.

Aamir plays a much older man than him in real life. The filmmaker, who was speaking at the 18th Jio MAMI Mumbai International Film Festival, was asked if Aamir was setting a trend in an industry where often actors hesitate to play characters older to their age.

Promoted
Listen to the latest songs, only on JioSaavn.com
"Aamir is a mad man. We call him 'idiot' like you saw in 3 Idiots. So, only he can do this. If you aren't that then you can make a lot of money and leave the world but 'idiots' (people crazy for their work) remain forever," said Mr Chopra.