On Wednesdays, Kareena Kapoor "Waits For The Weekend" Like This

Why so pretty, Kareena Kapoor? 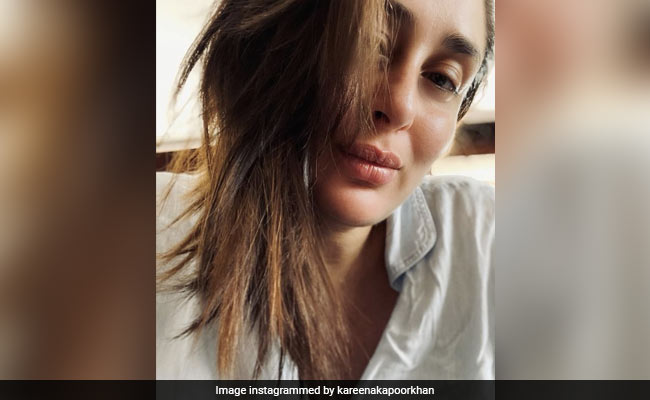 New mom Kareena Kapoor is "waiting for the weekend" just like the rest of us and her latest post on Instagram proves it. The actress, who welcomed her second child with husband Saif Ali Khan last month, posted a selfie on Wednesday evening and oh boy - it is stunning. In her caption, Kareena Kapoor made a hilarious reference to queen bee Regina George's unsaid law from the 2004 film Mean Girls - 'on Wednesdays, we wear pink' - and wrote: "On Wednesdays, we wait for the weekend." In the photo, Kareena Kapoor looks every bit of gorgeous in what appears to be an off-white shirt. She left her hair open for the photo, which left her fans in awe and their general sentiment in the comments section was: "Wow! Why so pretty!"

Take a look at Kareena Kapoor "waiting for the weekend":

Kareena Kapoor and Saif Ali Khan also have a son named Taimur, who is 4 years old. Kareena and Saif, after the birth of their second baby, issued a statement last month that read: "We have been blessed with a baby boy. Mom and baby are safe and healthy. Thank you to our well-wishers for their love and support," reported news agency PTI.

On Women's Day earlier this month, the actress shared the first photo of her second baby. "There's nothing women can't do. Happy Women's Day, my loves," she wrote in the caption of her post.

And then, few days later, posted a stunning photo of her new hairstyle:

And a picture of "family" cookies made by little Taimur:

In terms of work, Kareena Kapoor was last seen in Angrezi Medium, which starred late actor Irrfan Khan in the lead role. Her upcoming projects are Laal Singh Chaddha, a remake of Hollywood classic Forrest Gump, and Karan Johar's Takht. Laal Singh Chaddha is slated to release on Christmas this year.