Aamir Khan said, "I fell in love for the first time when I was 10 years old" 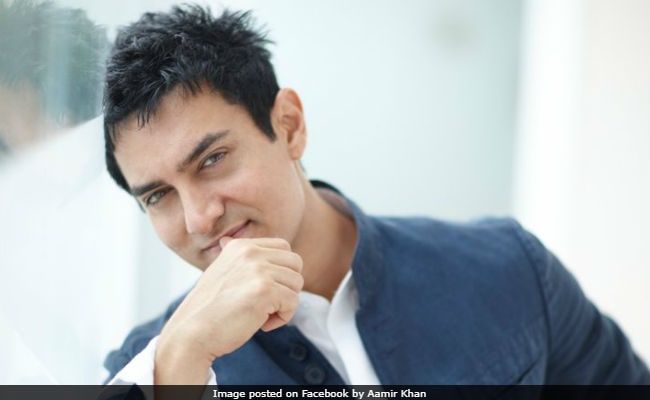 New Delhi: Aamir Khan delighted his fans on Valentine's Day, with a special message and oh, did we tell you that he also revealed about his first memory of love? Yes, the Dangal actor spoke at length about his pehla nasha - first love - in a candid video, which he posted on his Facebook page along with a caption: "So here is my Pehla Nasha! Earlier this morning, Aamir posted a special message for Valentine's Day: "Hey guys, listening to my song Pehla Nasha on Valentine's Day! Ideal song for this day. And, I must say it's one of my own favourites. Wishing all of you a happy Valentine's Day! Love. Aamir."

Soon, netizens from across India started requesting Aamir to share his first memory of love. Thus, #AamirKaPehlaNasha started trending on Twitter. For those of you, who are not familiar with pehla nasha, it's a song from 90s hit film Jo Jeeta Wohi Sikandar, featuring Aamir Khan. The song, picturised on Aamir Khan, was a huge hit back then, courtesy the soulful melody and heart-touching lyrics.

A few hours later, Aamir actually surprised his fans by posting a video message, where the 52-year-old actor narrated his first love story where he was only 10-years-old. "Believe it or not, I fell in love for the first time when I was 10 years old... Very few people know this. I had joined tennis coaching and there was a group of 40-50 children there. There was a girl who was a part of it, and I was stunned to see her. It was 'pehla nasha' when I first saw her," he said.

Speaking of his first love, he said: "I fell head over heels in love with her and was totally besotted by her. I used to think of her day and night. But I never mustered the courage to express my feelings to her. I was too young and she was of the same age. She was beautiful." He ended the video saying, "I hope there's love and happiness in your life."