Dangal released in China in May 2017 where it occupied 9,000 screens initially 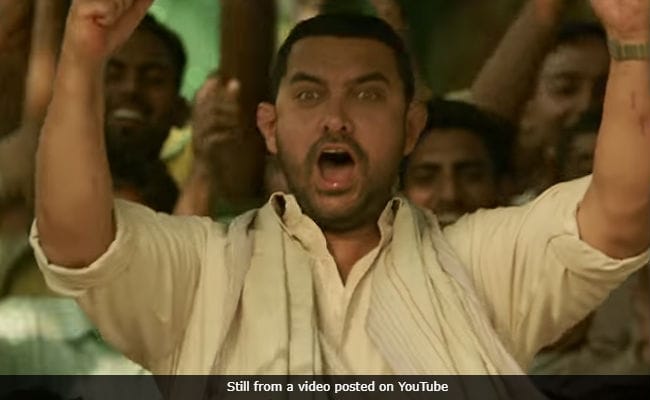 New Delhi: Actor Aamir Khan's Dangal performed spectacularly at the Chinese box office and has now topped the annual survey conducted by movie database site IMDb's China chapter, reports news agency ANI. Dangal released in China in May 2017 where it occupied 9,000 screens initially. Dangal, which is the highest-earning non-Hollywood movie in China, is a biopic on wrestler Mahavir Singh Phogat, who coached his daughters in wrestling. His eldest daughter Geeta Phogat won India's first ever gold medal in wrestling at the Commonwealth Games 2010. The sports drama was an instant rage at the box office in India, where it release in December 2016 and its success rate amplified overseas, especially in China.

Last year, during a summit in Kazakhstan, Chinese President Xi Jinping told Prime Minister Narendra Modi that he too had watched and liked Dangal. Dangal's worldwide collection is over Rs 1,800 crore, of which a mere Rs 300 crore is contributed by the Indian audience. Even Aamir Khan was "pleasantly surprised" by the reception of his film in China. "While we were hoping that Dangal connects with the people of China, not in our wildest dreams we thought that this is the kind of connect we would have," he told news agency IANS.

Promoted
Listen to the latest songs, only on JioSaavn.com
Dangal was directed by Nitesh Tiwari and it also featured Fatima Sana Shaikh as Geeta Phogat while Sanya Malhotra played the role of her sister Babita Phogat. Dangal only fetched one National Award, which was given to actress Zaira Wasim, who played the younger version of Geeta.