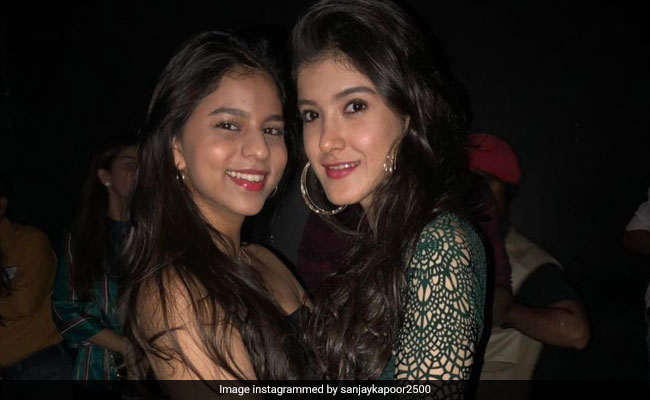 Shah Rukh Khan's daughter Suhana Khan turned 21 today and her BFFs, Shanaya Kapoor and Ananya Panday have the sweetest birthday wishes for her. Shanaya Kapoor, who is the daughter of Sanjay Kapoor and Maheep Kapoor, went down the memory lane to dig out something memorable for her best friend on her birthday. Shanaya shared an old video of herself, Suhana and Ananya Panday on Instagram. The video is from Shanaya and Suhana's childhood days. In the video, the three BFFs can be seen dancing on the song Ye Mera Dil Pyaar Ka Deewana from Suhana's father, actor Shah Rukh Khan's film Don . It looks like that the three just came out of a swimming pool as they can be seen wearing adorable swimsuits in the video.

Take a look at the video here

Ananya Panday, on the other hand, took to her Instagram story to share an unseen childhood picture of herself and Suhana Khan. "Happy bday lil Suhaaaf! Love u 4 lyf Suhana Khan," she wrote along with the picture.

Ananya Panday, Suhana Khan and Shanaya Kapoor have been best friends since their childhood days. They are often seen hanging out together. The trio is often referred as the "Charlie's Angels" by their parents.