Janhvi Kapoor and Khushi Kapoor have shared emotional posts on mom Sridevi's 59th birth anniversary. On Instagram, the GoodLuck Jerry actress shared a childhood picture of herself with Sridevi and wrote, "Happy birthday Mumma I miss you more and more everyday. I love u forever". In the image, Sridevi can be seen hugging a little Janhvi as they pose for the camera. On the other hand, Khushi posted a monochrome picture on her Instagram stories in which the late actress can be seen giving a peck on her daughter Khushi's cheek, while Khushi happily poses for the camera. Veteran actress Sridevi died in 2018, a few months before Janhvi's debut movie Dhadak.

Take a look at Janhvi Kapoor's post for mom Sridevi: 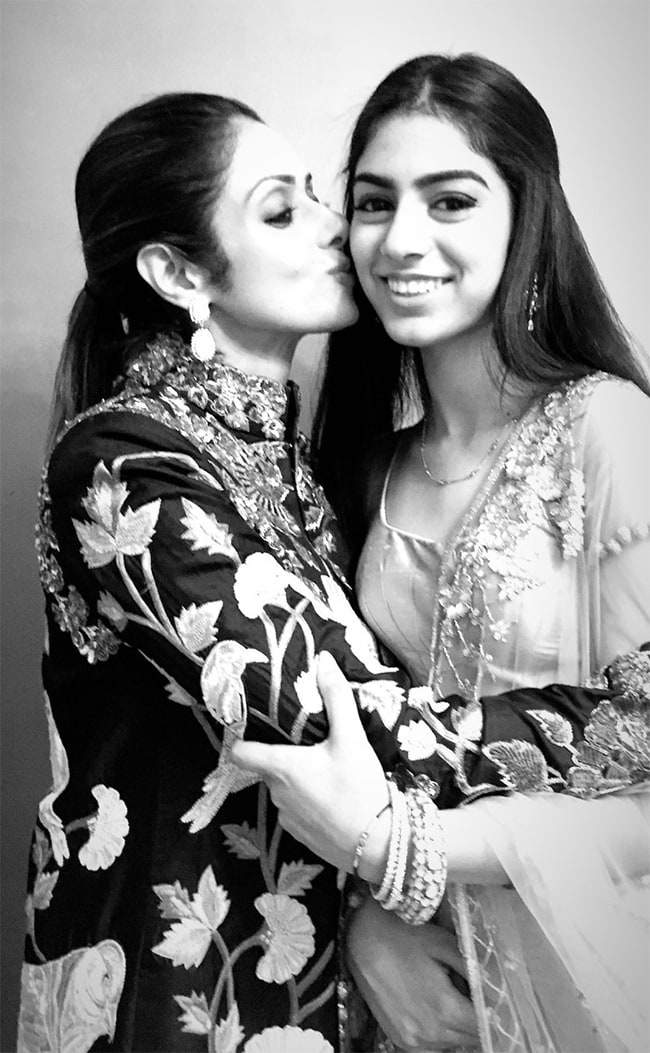 In a recent episode of Karan Johar's Koffee With Karan 7, Janhvi Kapoor opened up about how life changed after she lost her mom Sridevi. "The reality that I am living now is so anchored. It feels secure only because of Arjun bhaiya and Anshula didi. I'd like to think that I have retained and preserved whatever she has instilled in me but it almost hurts to remember the person that I was because it was different."

She added, "It almost feels that the person I was when mom was around was a fantasy. And the life I had then was a fantasy. I mean, of course, there were issues like every family has, but it was idyllic and it seems almost like a dream."

Janhvi Kapoor and Sara Ali Khan were featured in the second episode of Koffee With Karan 7.

Janhvi and Khushi Kapoor are Sridevi and Boney Kapoor's daughters, while Arjun and Anshula Kapoor are Boney Kapoor and his first wife Mona Shourie's kids.

Meanwhile, in terms of work, Janhvi Kapoor was recently seen in GoodLuck Jerry. Khushi, on the other hand, will be making her Bollywood debut with The Archies.