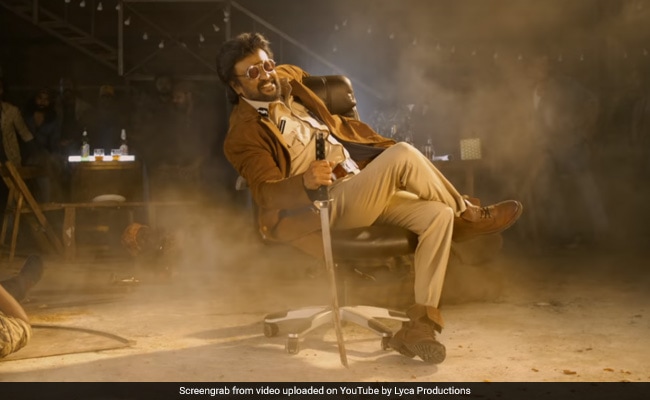 Today is a big day for Rajinikanth fans. The 69-year-old actor's new film Darbar opened in theatres on Thursday and Twitter has been buzzing with reviews shared by those, who managed tickets to the early shows. "Trust me - pakka commercial packaging with outstanding racy screenplay. Absolutely loving it," tweeted an excited viewer mid-way through the show while another fan added: "Darbar didn't have the hype Kaala or Kabali had but the movie has everything a commercial potboiler needs." A movie buff tweeted: "One man show it is," while another viewer wrote: "I just watched the FDFS of Darbar in Mumbai. I couldn't take my eyes away for one sec from Rajinikanth."

A Thalaivar fan described the cop drama as a "must watch": "I can't believe that he is 70. Today I experienced a new and young Rajni. His styles, dance and especially action scenes are really swag. It's a must watch movie.

Here are some of the spoiler-free reviews of Rajinikanth's Darbar from Twitter:

#DarbarReview#Darbar 1st half over!! Trust me - pakka commercial packaging with outstanding racy screenplay. Whatteey wow!! Congratulations @ARMurugadoss#Rajinikanth 2 eyes are not enough to admire you. Absolutely loving it Waiting for 2nd half. Guaranteed mega blockbuster. pic.twitter.com/AX2l6dMBLk

#Darbar didn't have the hype kaala or kabali had, but the movie has everything a commercial potboiler needs. This is why you shouldn't overdo the promotion... Comes with limited hype and exceeds expectations. @ARMurugadoss shows his fan side as a director #DarbarReviewpic.twitter.com/Qux8CgeXoT

I just watched the FDFS of #Darbar in #Mumbai. I couldn't take my eyes away for 1 sec from @rajinikanth sir. I can't believe that he is 70. Today I experienced a new n young Rajni. His styles,dance n especially action scenes r really swag. It's a must watch movie.#DarbarReview

Thalaivaaa!!! I could see this again and again forever!!! What energy, what a performance!! What a man!! #DarbarReview#DarbarThiruvizha

Thalaivar's consistency in acting level is pure bliss. With his charisma and energy level, his acting gets underrated. #DarbarReview#Darbar

Lot of mini surprises in Thalaivar version of dialogues with ARM's flavour to celebrate on big screen... Sure wl enjoy every bit of Thalaivar screen presence.Thalaivi also gorgeousest in Santhosh sivan's lens... @ARMurugadoss@rajinikanth#Darbar#DarbarThiruvizha#DarbarReview

#DarbarReview#darbar
Movie cant be total all mass
First day is for fans. Next families will come in for them 2nd half daughter-father emotion scenes will be perfect

3.75/5 is the right rating for movie. nothing less, nothing more

Overall easily enjoyable for all. Go for it

No one can tell your age

Also spotted at the theatre watching first day first show of Darwar were Rajinikanth's daughters Soundarya and Aishwarya. They shared these adorable posts for their superstar father: "We live you... love you Appa!" wrote Aishwarya while Soundarya added: "And that's how my day began! Superstar! FDFS!"

And that's how my day began SUPERSTAR!!!!! #DarbarFDFS

A post shared by Soundarya Rajinikanth (@soundaryaarajinikant) on Jan 8, 2020 at 6:33pm PST

We live you ....love you Appa ! #sistersquad #darbar

Rajinikanth plays super-cop Aadhithya Arunachalam, who is the Commissioner of Police, Mumbai, in Darbar. Actor Suniel Shetty plays the role of Rajinikanth's nemesis in the film, who gives off the idea that if Thalaiva is a super-cop, he is a super-villain. Darbar marks Rajinikanth's first collaboration with director AR Murugadoss.