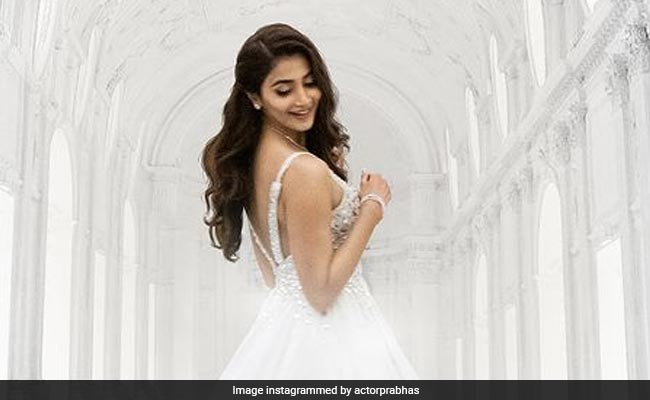 Firstly, Happy birthday Pooja Hegde! The actress, who celebrates her 31st birthday today, received greetings from her fans, friends and co-stars. One such wish arrived from her Radhe Shyam co-star Prabhas. On Wednesday morning, Prabhas shared a brand new poster from the film, that features Pooja, dressed in a pristine white outfit as she smiles with all her heart. "Happy Birthday Prerana," read the text on the poster. Sharing the picture, the film's lead actor wrote: "Happy Birthday, Pooja Hegde." The comments section of the post was filled with birthday greetings for the actress.

Earlier this year, the makers of the film shared the first ever poster from the film, featuring both the actors on social media. "Our beautiful film has a beautiful name...Here's our much awaited first look," read the caption on the post.

In terms of work, Pooja Hegde has a super busy schedule ahead. She has many projects lined up in 2021. She will star opposite Viajy in Beast. She will also feature in Telugu romantic comedy, Most Eligible Bachelor and will romance Akhil Akkineni on screen. Koratala Siva's action drama, Acharya with South superstar Chiranjeevi is another ambitious project that Pooja will be seen in.

After Housefull 4, the actress will return to Bollywood with Rohit Shetty's Cirkus, starring Ranveer Singh as the protagonist.

Ponniyin Selvan Star Trisha Shares A Pic With Director Mani Ratnam, Says "Thank You Sir For It All"