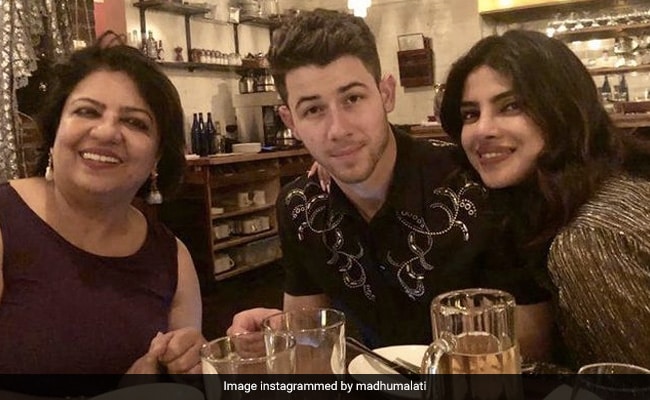 Priyanka Chopra's mother Madhu Chopra celebrated her birthday on June 16 and it turned out to be twice as nice because of two special birthday wishes that came her way. The first one being from her daughter Priyanka, of course but Nick Jonas too did something thoughtful. In an Instagram story, Nick Jonas sent out a birthday greeting to his mother-in-law, describing her in just one word: "Incredible." Sharing an adorable photo of him and Madhu Chopra, Nick Jonas wrote: "Happy birthday to my incredible mother-in-law." Nick Jonas, who has always been setting major son-in-law goals, just upped the game and here's how he did it: 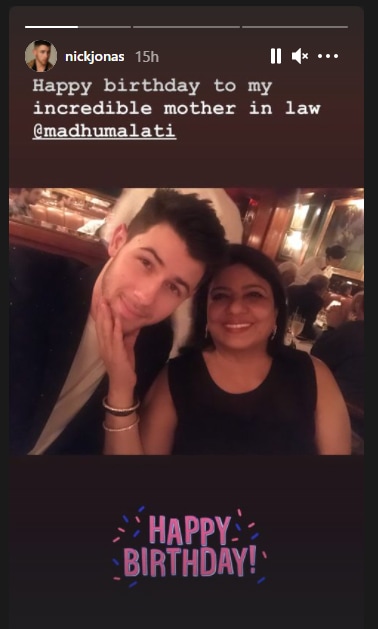 Every year, Priyanka Chopra makes sure that she's with Madhu Chopra on her birthday. The 38-year-old actress, who is currently in London, couldn't fly back home because of the pandemic situation and hence, missed the "ritual". Here's what she wrote in her birthday post for mom Madhu Chopra: "Happy birthday mom. Missing our ritual of celebrating your special day together. Love you loads... see you real soon."

On her father's death anniversary earlier this month, Priyanka Chopra shared an excerpt from her book Unfinished about a childhood memory and wrote: "It never gets easier... love you dad."

Meanwhile, Nick and Priyanka are also continents away - while she is in London for work, Nick is currently in Los Angeles, where he's busy shooting for the singing reality show The Voice. In terms of work, Priyanka's line-up of films includes Text For You and the fourth Matrix movie.