Jaya and Abhishek Bachchan surprised Big B on the show 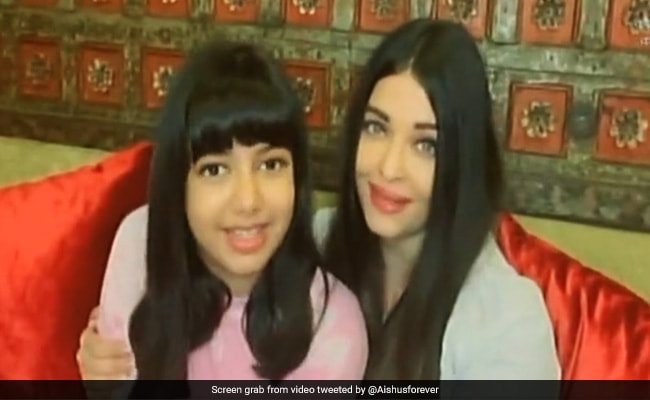 Aaradhya and Aishwarya in a still from video. (courtesy: Aishusforever)

Amitabh Bachchan's 80th birthday was made special by members of the Bachchan family and how. Jaya and Abhishek Bachchcan surprised Big B on the sets of the TV quiz show Kaun Banega Crorepati 14, while Shweta Bachchan, Nikhil, Navya and Agastya Nanda sent audio visual messages. As did Aishwarya Rai Bachchan and daughter Aaradhya. In the message, Aishwarya and Aaradhya said in unison: "Aapko janamdin ki bohot bohot shubhkaamnayein. Hum par humesha aapka aashirwaad bana rahe. Dher saara pyaar. Dhanyawaad (A very happy birthday to you. May we always be blessed by you. Lots of love. Thank you)." A clipping from the episode was shared by several fan pages on social media.

As is ritual, Amitabh Bachchan greets his fans outside his house every year on his birthday and he did it this year too. On his 80th birthday, the Bollywood veteran greeted his fans with a namaste and a bright smile outside. 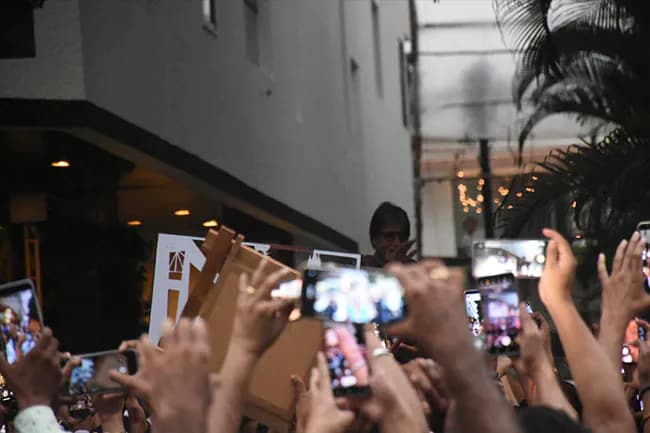 Earlier, Abhishek Bachchan had revealed in an Instagram post that it "took a lot of secrecy, a lot of planning, a lot of hard-work and a lot of rehearsal" for planning the surprise for Big B. "But then again, he deserves no less! It was very emotional to be able to surprise dad and celebrate his 80th Birthday at the place he loves the most, his workplace. My gratitude to the entire team of Sony and Kaun Banega Crorepati for helping me do this and making tonight's episode so special for my father," wrote Abhishek Bachchan.