Amitabh Bachchan greeted the fans with a namaste

Amitabh Bachchan, who is celebrating his 80th birthday today, stepped out of his house Jalsa, to greet his fans. Every year, the megastar greets his fans on his birthday, and he did it this year too. He looked dapper in a multicoloured kurta paired with white pyjamas. He greeted his ardent fans with folded hands and happily waved at them before leaving. Every year, his fans gather outside his house to wish him and catch a glimpse of Bollywood on his birthday. Check out the pictures below: 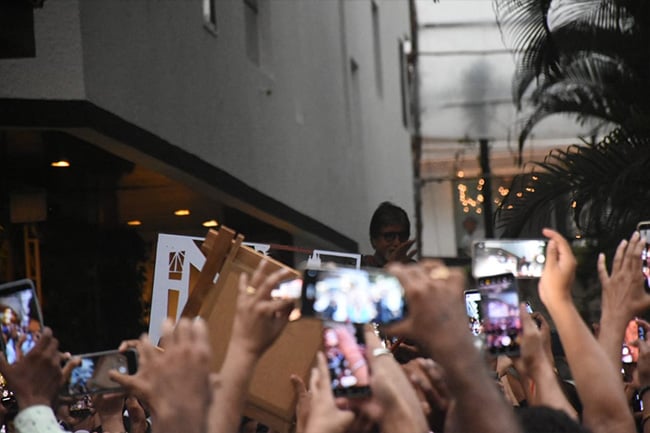 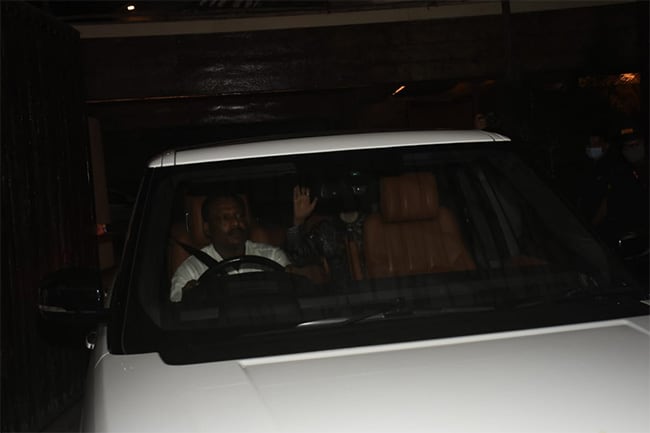 Meanwhile, at midnight Amitabh Bachchan surprised his fans by stepping outside his house to greet his fans and thank them for their birthday wishes. In the video, we can see Big B dressed casually and waving at his fans. In the background, we can see his daughter Shweta Bachchan and granddaughter Navya Naveli Nanda. Check out the video below:

As the megastar is celebrating his 80th birthday today, wishes are pouring from all corners. His son Abhishek Bachchan shared an emotional video wishing his dad. In the video, we can see Abhishek celebrating Big B's birthday on the sets of the popular show Kaun Banega Crorepati. Sharing the video, he wrote, "It took a lot of secrecy, a lot of planning, a lot of hard work and a lot of rehearsals to get it right. But then again, he deserves no less! It was very emotional to be able to surprise dad and celebrate his 80th Birthday at the place he loves the most, his workplace. My gratitude to the entire team of Sony and Kaun Banega Crorepati for helping me do this and making tonight's episode so special for my father. Do try and see it if possible. KBC on 11th October at 9 pm IST only on Sony TV. "

On the work front, Amitabh Bachchan will be next seen in Sooraj Barjatiya's Uunchai.